If Nykøbing were intending to turn around their Women’s EHF Cup Group Phase campaign, then last Saturday against Super Amara Bera Bera was the time to do it.

After starting Group D with defeats against defending champions SCM Craiova (18:12) and HC Prodravka Vegeta (28:24), NFH found themselves with their backs firmly against the wall. And things weren’t looking good either at half-time against Bera Bera, as the Spanish side were leading 15:13.

But in the second half, more than 1,000 spectators in Nykøbing’s Power Arena finally witnessed the resurrection of the home team. Led by 19-year-old right back Dione Housheer, the Danish side found its stride and claimed a 31:26 victory.

“Unique for a player of my age”

Housheer scored 10 times in total, but the Dutch international was particularly outstanding in the important last quarter of the match, as she netted six times in the final 13 minutes.

“The match was very important for us to stay in the race,” Housheer says. “Of course I am very happy that I could contribute a lot to this victory. Scoring 10 goals in a European Cup game is unique for a player of my age.” 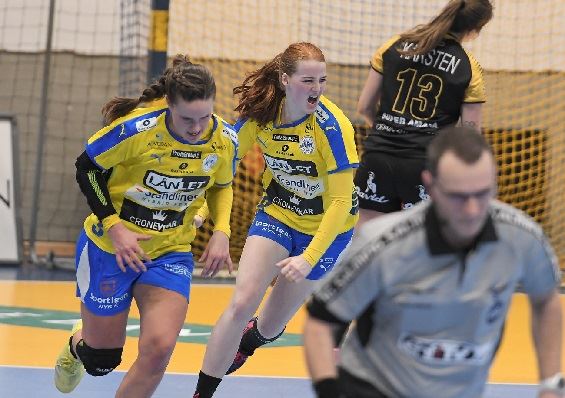 The result has thrown the group wide open. Podravka are leading with six points, while Nykøbing are now level with both Craiova and Bera Bera on two points each. Next up for Housheer and NFH is another match against Bera Bera, in Spain on Saturday at 17:00 CET (live on ehfTV.com).

“We have a team which fights for every goal and you could see that last Saturday,” Housheer says. “We know what we are capable of and this win gives us a lot of confidence for the last three matches. It won’t be easy as they are all strong opponents, but we believe in it and we will go for it.”

Progression since moving to Denmark

Saturday’s breakthrough performance marks Housheer’s progression since she moved to Denmark in the summer of 2018.

For years, she has been regarded one of the most promising talents of Dutch women’s handball. Housheer started to play the game when she was five, and she was selected for the youngest age category of Dutch talents at the age of 13.

She was part of the Dutch national federation’s Handball Academy and still only 16 when she was named MVP of the U18 European Open 2016 in Sweden, and voted EHF Player of the Month in July 2016.

With speed and creativity as her biggest assets, Housheer soon became a standout player at senior level in the Dutch Eredivisie, where she was named Talent of the Year in 2017, and Player of the Year in 2018 after winning both the national league and cup with VOC Amsterdam.

Moving abroad was a logical next step in her career.

“I feel very well after my first half-year at Nykøbing. It is a warm club with a fantastic group of supporters,” Housheer says. “I thought it would be a nice challenge to start my first adventure abroad at a club with no other Dutch players. The team is very social and although Danish is the main language and I understand it better and better, everyone also speaks English very well.”

“It was pretty tough mentally”

The move has boosted Housheer’s development as a player. In the Dutch league, it was easy for her to make her moves and score a lot of goals. In Denmark, it is a different story.

“I have learned to even better choose my moments for an action. The Danish league is very tight and every goal counts,” she says. “It was pretty tough mentally. A different country, a different language, a different team, a stronger league, another playing style, it all made that in the beginning things were not always going like I wanted. It all needed a bit of time.” 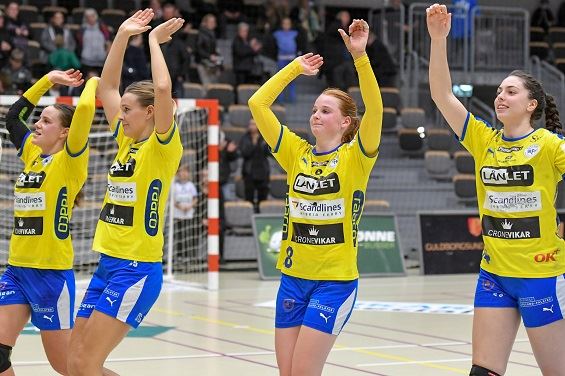 Meanwhile Housheer has settled in Denmark. Nykøbing are ranked second in the national league, behind unbeaten leaders Odense HC. And they won the domestic cup in December, beating Odense 28:26 in the final as Housheer scored four times against her Dutch national teammate, goalkeeper Tess Wester.

“It was great to win the cup,” Housheer says. “Of course we also want to reach the EHF Cup Final and win it, but it is still a long way. Our strengths are our pace and our team spirit. We have to wait and see whether that is enough. We have to be at our best as a team but I am confident about it.”

Next Article Moving to Györ, "a dream came true" for Pintea