The 7th edition of the IHF/EHF Men’s Challenge Trophy will start this weekend. On 4-6 November 2011, four national teams will meet in Ireland and four others in Malta to play the two tournaments of this international competition.

It is the third time for Malta to host an IHF/EHF Challenge Trophy. The city of Msida, on the edge of the Mediterranean Sea, will once again welcome the participants.

Ireland for their part organise this event for the second time. The Irish Olympic Handball Association has defined as priority the organisation of the IHF/EHF Men’s Challenge Trophy in 2011 within the frame of their new strategy for the development of handball in Ireland at mid and long term.

This year edition will see a new competition requirement be applied: the national teams competing will be composed only of players aged 23 or younger.

The competition system remains however the same: the matches of the tournaments will be played in a round robin system and the winner of each of the two tournaments will go through to a final match.

This final match will be played in the Pionir Arena, Belgrade (SRB), on Saturday 21 January 2012 within the framework of the EHF EURO 2012.

The IHF/EHF Challenge Trophy is also the occasion of transfer of know-how and exchanges regarding handball refereeing and coaching with focus on development and professionalism.

On the side of the competitions, referee and coaching courses with EHF experts will therefore be organised at both venues.

The first tournament will be played in the University of Limerick Arena in Limerick, Ireland. The town is known as a sport city and has been appointed 2011 European Sport City. The national teams from Georgia, the Faroe Islands, England and hosts Ireland battle for victory. 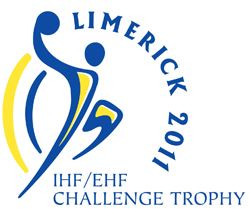 The second tournament will be played in the town of Msida, Malta, in Tal-Qroqq University Sports Hall. The four national teams of Moldova, Azerbaijan, Scotland and hosts Malta will battle for victory. 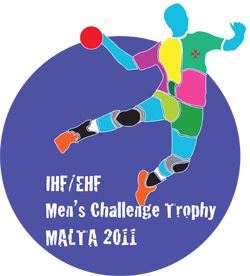 BACK TO HANDBALL: With restrictions on sport gradually easing around Europe, this series takes a look at how national handball federations a…