IK Sävehof have been Swedish champions 13 times. They have been in the Women’s EHF Champions League Group Matches eight times, reaching the main round on three occasions.

After finishing fourth in Group B of the EHF Champions League, the Women’s EHF Cup Group Phase is now on the menu for the large club from the Gothenburg area.

Despite their rather dominating position in women’s handball in Sweden, Sävehof’s ambitions are rather modest. Finishing in the top three in the domestic league, reaching the final of the Swedish championship play-offs and gaining as many points as possible in the EHF Cup Group Phase are Sävehof’s objectives for this season.

Playing in the EHF Cup is not a new experience for Sävehof, but the Swedish club have never made it any further than the group phase in the competition.

“IK Sävehof have been playing EHF Cup before. However, for many of our players and for me as a coach it is the first time. The EHF Cup is a good challenge – and it will develop our young players and give us experience we can use in our national league,” he said.

Hard to progress any further

While he has a positive outlook on the challenge ahead, Overby believes it will be hard for Sävehof to progress any further than the group phase.

“We are looking forward to continue play matches on a high level.

“The EHF Cup is a very good challenge for us, and we will try to do our best against the very good teams we are going to meet.

“I think Siófok and Herning-Ikast are a bit better than Metzingen and we are, however,” said the Danish coach.

When asked about his personal favourites to win the EHF Cup this season, Overby said: “I think Craiova and Team Esbjerg are two very good teams and Craiova have the title to defend.”

Qualification for the EHF Cup 2018/19 Group Phase: 4th place in Group B of the Women's EHF Champions League 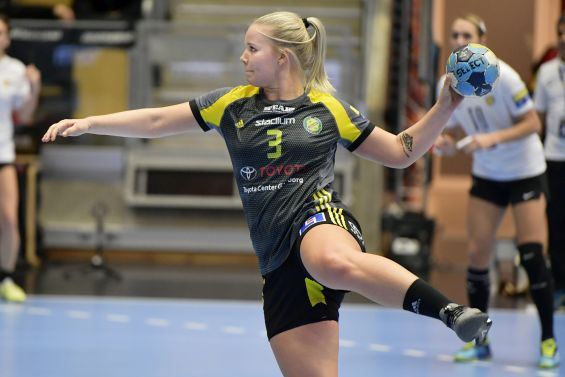 Read about the other Group B clubs featured in the Women's EHF Cup countdown series here:

ROUND PREVIEW: 14 matches at the weekend will determine nine Last 16 participants in the EHF European Cup Men