Launched in 2019 by the European Handball Federation (EHF), the ‘Respect Your Talent’ programme promotes the holistic development of talented players, both on and off the handball court, addressing topics such as dual career, anti-doping, mental fitness, media and sports law.

The young athletes have been inspired and mentored by some of Europe’s best handball players, supported by leading field experts, and the rewards have been sown in the last years, with several of the players making their mark in top European competitions, both on a club and national team level.

This was also the case at the Men’s EHF EURO 2022, where several alumni of the previous Respect Your Talent classes shone bright — one of them, Sweden line player Felix Möller, snatched the gold medal.

“It has been a very special journey for me. I have played a lot of games in the Swedish league and also in the EHF European League this season, and that has helped me improve a lot as a player,” says Möller.

The 19-year-old line, who finished seventh with Sweden at the M19 EHF EURO 2021, was one of the alumni of last year’s Respect Your Talent class, where he met one of the greatest ever Swedish handball players, Stefan Lövgren.

It was a workshop that inspired Möller to do even better on and off the court, on his path to establishing his own legacy in handball.

“Meeting one of the greatest ever handball players was a very nice moment for me. Now I hope I can be a good role model for the younger players and for the kids who want to take up handball, to make everyone see that you can achieve your objectives with hard work and dedication,” says Möller.

Over the last three years, several workshops and camps have been organised throughout Europe during major tournaments hosted by the EHF, including the M19 and W19 EHF EUROs/Championships, as well as at the Men’s and Women’s EHF EURO events.

The transition from the junior and youth level to the senior one has been documented as a difficult one, but can be eased with pinpoint programmes tailor-made for the players who aim higher and higher.

One of those was the best centre back and MVP of the M19 EHF Championship in Latvia last summer, Radojica Cepic.

Still only 19 years old, Cepic has scored 19 goals in seven games for Montenegro, who finished 11th at the EHF EURO 2022 — the best-ever result for the team.

“For me the championship is one of the best things that happened in my life, because I was part of the team that made history for our country. I didn’t expect that my first championship would be that successful,” says Cepic, who is plying his trade at a club level for Slovenian team RK Celje Pivovarna Lasko.

Cepic met former Spain wing Victor Tomas during a Respect Your Talent workshop, which helped him enhance his horizon in handball.

“Learning from the best means a lot for young players, because all of us want to win medals and trophies. Experiencing this from a player who has secured plenty of plaudits and laurels is crucial for our development,” adds Cepic. 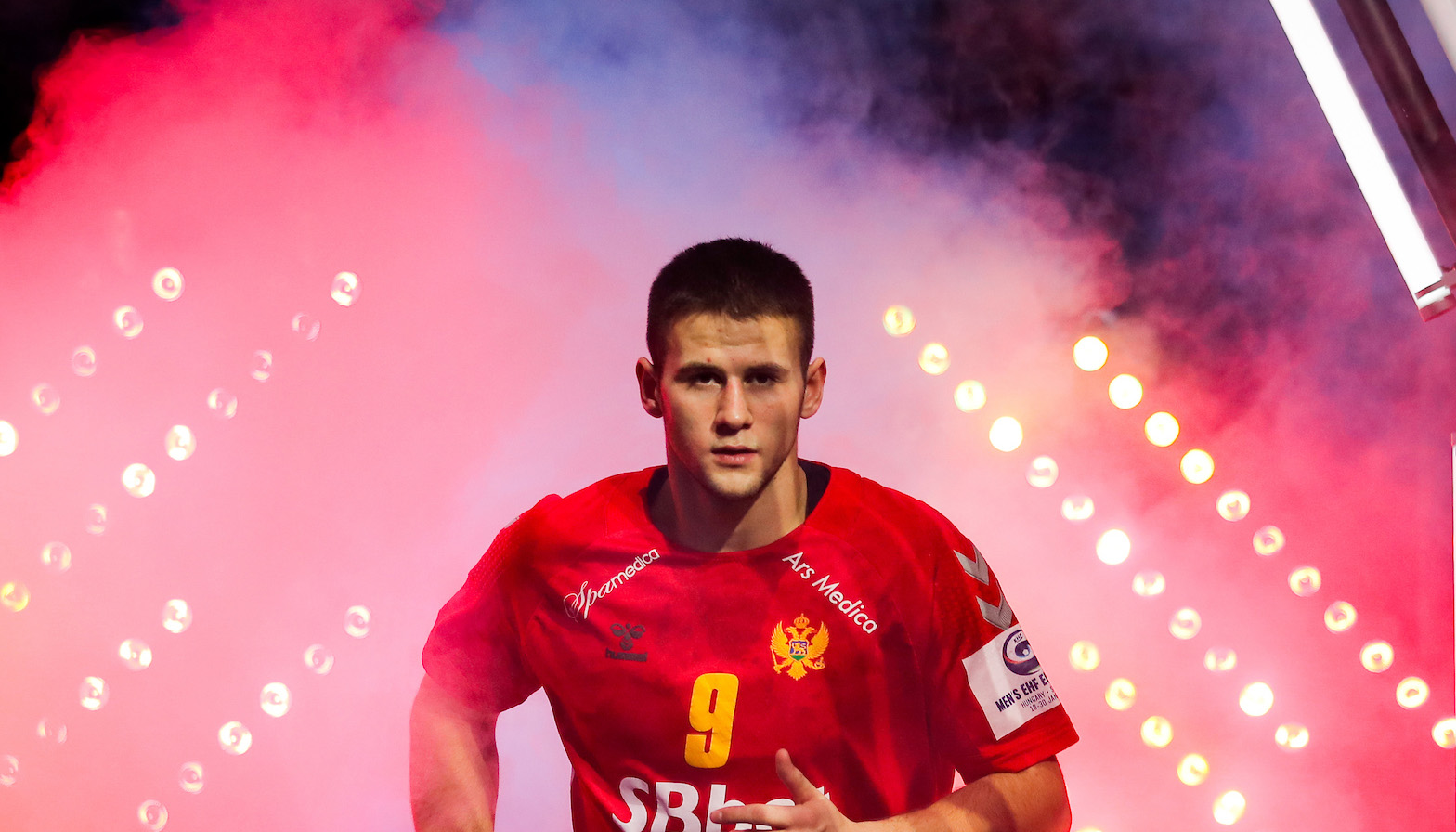 Learning from the best means a lot for young players, because all of us want to win medals and trophies. Experiencing this from a player who has secured plenty of plaudits and laurels is crucial for our development.
Radojica Cepic
Montenegro centre back

In total, seven Respect Your Talent alumni took the court at the Men's EHF EURO 2022. Möller and Cepic were joined by Belarus’ backs Ihar Bialiauski and Kyril Samoila, who made the All-Star team at the M19 EHF Championship in Bulgaria last summer, as well as centre backs Tomas Smetanka of Slovakia, Marko Mitev of North Macedonia, and Niko Blaauw of Netherlands.

Smetanka scored six goals in two games for the co-hosts of the Men's EHF EURO 2022 and is widely considered one of the bright stars of Slovakian handball for years to come.

The centre back credits the Respect Your Talent programme for shaping up a part of his career and helping him grow both as a person and as a player.

“It was a very nice experience, which helped me learn a lot. We also learnt about some things from our mentor, Laszlo Nagy, that many do not know. And to see some insights of the career one of the greatest players ever, that’s a plus for everyone,” says Smetanka.

Back at his club team, BM Nava, Smetanka remains humble.

“I have achieved nothing yet in my career, therefore playing with Lubomir Duris or Tomas Urban — very experienced players — it was really exciting. I know that my tournament was good, but I am still young, and I want to develop further,” concludes Smetanka.

The Men’s EHF EURO 2022 was a good moment for young players to see the stars playing on the court and to feel the EHF EURO atmosphere, but also to learn off-court expertise at the Respect Your Talent Camp 2022, which was held in Budapest between 20 and 22 January.

Big names of the game such as Carlos Prieto, Laszlo Nagy, Vid Kavticnik and Stefan Lövgren were at the camp in Budapest. The four have supported the growth of the young players as Respect Your Talent ambassadors and have contributed significantly to the positive impact made by the programme over the last years.

Next Article Russian derby to throw off in Saratov