• the match was level for the first 15 minutes, but in the 22nd minutes Sävehof built on Alexander Westby’s performance to help build a four-goal lead
• the home team stepped up at the end of the first half thanks to stronger defence, and Kenan Pajt and Jernej Drobez taking the score to 15:16
• Bertram Obling in the Sävehof goal helped keep Velenje at bay
• Kenan Pajt combined well with Aleks Kavcic was on fire tonight, but they were outshone by the visitor’s trio of Sebastian Karlsson, Alexander Westby and Elias Ellefsen a Skipagotu
• this was Velenje’s last European match, while Sävehof still have to play their postponed match against Magdeburg on 14 December

Alexander Westby and @IK_Savehof off to a flying start! Westby once again with some tricky moves from left wing! 👏⚡️ #ehfel pic.twitter.com/qgQkWpLdQD

It was a night for wingers in Velenje as three wing players scored total of 25 goals. Sävehof‘s Sebastian Karlsson and Alexander Westby were in strong form, with the 26-year old right wing scoring nine times tonight out of nine attempts.

Westby on the other side of the team did his best to match his teammate and added another seven goals from the left wing.

Kenan Pajt made sure Velenje had a wing to shout about with nine goals. 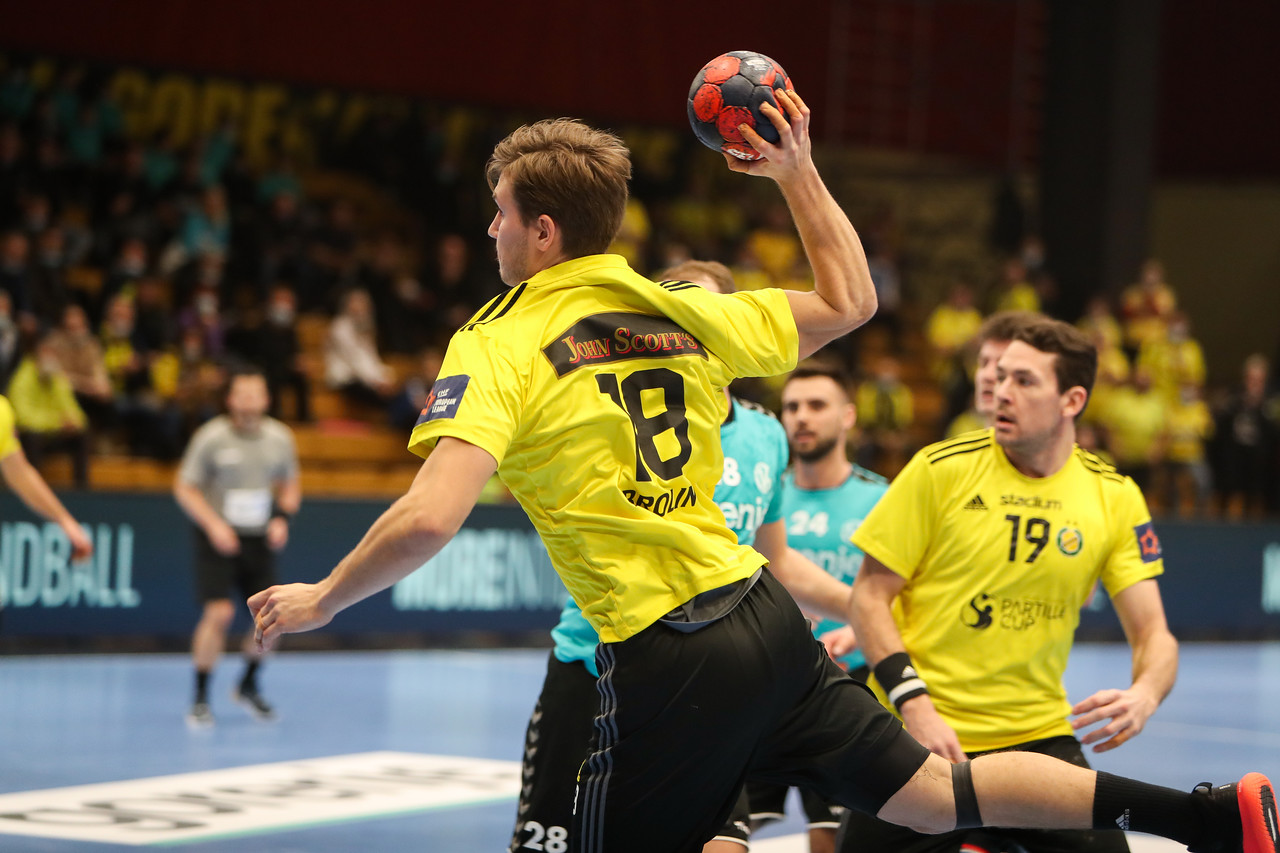 It was a special game. In the end, a lot of things happened. I'm proud that in the end we kept with cool heads and led the game to the end in our favor. I’m very proud of my guys, how they can play in this kind of situations. It was a very tight game between two very similar teams. In the end small things made difference.