Never before has any Turkish women’s handball club proceeded to the group stage of any EHF competition - until now. After their elimination in the EHF Champions League qualification, Kastamonu Belediye GSK grabbed their chance in the EHF Cup qualification.

In round 2, the Turkish champions surprisingly eliminated the Spanish runners-up Bera Bera, then in the crucial third round head coach Hakan Günal's team ended the hopes of Hungarian side Vac. Core to their success was team captain Serpil Iskenderoglu, who scored an overall of 16 goals in the two legs against Vac.

Günal is therefore already extremely happy prior to the start of the group phase.

“We were the first Turkish team that succeeded, this is so important for us. The first will never be forgotten,” he says. 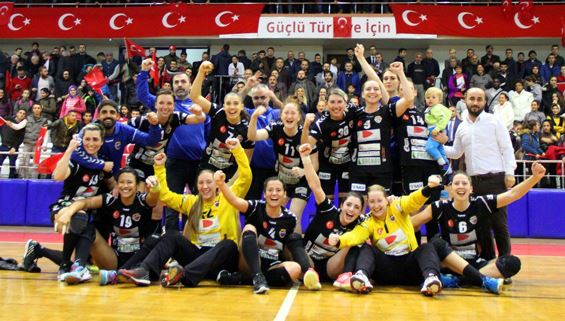 Their biggest international success so far was reaching the 2016 finals of the Challenge Cup, when they were defeated by Spanish side Gran Canaria. Now the Turkish champions enter new ground.

“We want to do the best in the EHF Cup. We want to gain experience and it would be important to continue in the knock-out stage. But we also know that our opponents are much more experienced than we are,” says Günal, whose team will face former Champions League winners Viborg, Byasen and Gdynia in Group C.