The business end of the Women’s EHF Champions League is drawing nearer and the powerhouses who have their eyes set on the big prize must be ready to step up a level.

Injuries have taken their toll for some teams, while others grew stronger in the past month, yet there seems to be no definite favourites at the moment on the road to the Women’s EHF FINAL 4 in Budapest.

Herbert Muller’s side barely got through to this phase of the competition, but their grit and passion should be respected. The German side is still young, had the worst goal difference from the qualified teams, but can be a tough nut to crack for any team if they are given the chance.

Alongside Thüringer, the Danish side, who are looking good in their domestic league, had the biggest share of trouble to proceed to the next phase of the competition. While they boast experienced players such as Mette Tranborg or Stine Jorgensen, Odense were underwhelming in the group matches and they will need to step up their game in the next months to hope for a quarter-final place.

The season should have been great for the French team, but they only start the main round phase with two points. Losing Bella Gullden through pregnancy will definitely hamper their chances to proceed for the quarter-finals. Brest surely need to raise their defensive game if they are to challenge for a spot among the best eight teams in Europe.

There is a Hungarian derby on the cards in Group 2, but FTC will have a mountain to climb if they are to challenge for a maiden Women’s EHF FINAL4 berth. With a young roster and a leaky defence, their chances appear slim, but improvement is possible and the talent is there to make the next step.

Not losing against Brest meant that the Danish side start the main round phase with three points. They do not boast an experienced roster or huge stars, but can deploy an attacking style of play that can cause trouble for their opponents.

The young Slovenian team is looking for their first ever Women’s EHF FINAL 4 berth, but looks to be struggling in attack against the big teams. Playing both against CSM and Vipers will surely not help.

Norway was disappointing in the Women’s EHF EURO 2018, but Vipers did their best in the European premium competition to start the main round phase with four points. The Norwegian champions have six national team players, who bring experience and nous to the table and can change the outcome of a game. Two impressive wins against CSM Bucuresti and Bietigheim in away games prove they mean business. 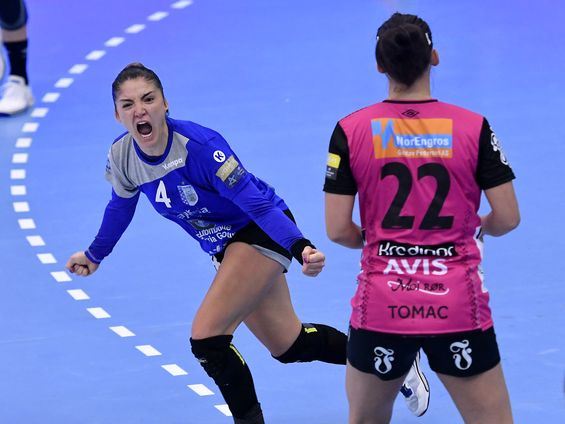 Winter has been tough for CSM Bucuresti, as the Romanian powerhouse lost both their starting right back and left back due to the same type of injury. Amanda Kurtovic and Cristina Neagu suffered ACL injuries, leaving the Romanian side with a crisis which can hardly be covered by their current roster. CSM brought in 24-year old left back Claudia Constantinescu from HC Zalau, but they will still be tested, as their form is hardly encouraging for such a task.

Having a coach that has already won the Women’s EHF Champions League can work wonders and this is exactly what Dragan Adzic can do for the young Montenegrin team. Their defence has been one of the best in the competition, only bettered in the number of goals conceded to Metz, while left back Djurdjina Jaukovic has been a breath of fresh air in attack, with 36 goals scored in the first six games.

Metz have never been a powerhouse in attack, but their defence has been constantly strong in the past seasons. With 133 goals conceded in the first six games, the French side has been by far the strongest in defence in the first six games of the competition. They have eight players who won EHF EURO 2018 with France and with that boost to an already strong morale, Metz can fight for a first FINAL 4 berth.

Ambros Martin is surely one of the best coaches in women’s handball right now and he brought discipline and defensive nous to a team that did not look motivated in certain games last season. Rostov are unbeaten this season and have only dropped one point against Brest, leading their group and holding the third biggest goal difference in the group matches. Boasting the MVP of the Women’s EHF EURO 2018 in their roster, Anna Vyakhireva, surely helps their case to win the competition for the first time.

The current title holders have changed their coach after Ambros Martin left for Rostov, but they still roar loud and looked impossible to stop. Scoring 210 goals in six games has shown their potential in attack, but they have also improved in defence by bringing in Romanian line player Crina Pintea. The best line player at the EHF EURO 2018 will help the Hungarian side at both ends of the court and will surely be of the utmost importance in the run in for the trophy. 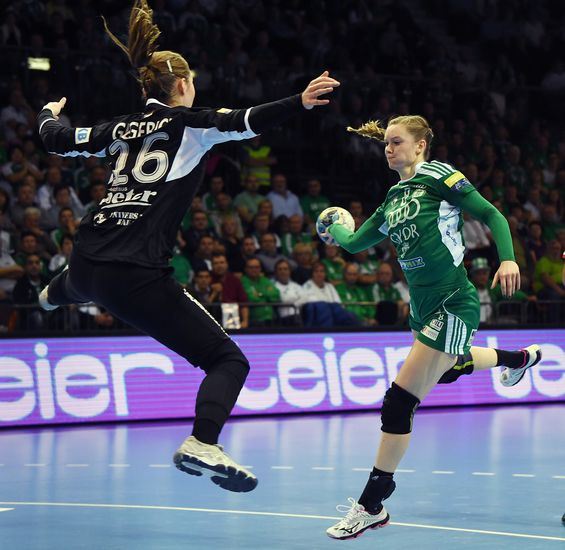 Previous Article Germany and France advance to semi-finals at worlds

Next Article Dione Housheer clicks into gear at Nykøbing