Who will continue making history? An entirely new winner of the DELO EHF Champions League 2020/21 will be crowned on Sunday in Budapest, as Brest Bretagne Handball and Vipers Kristiansand fight for the title in what is the first final in the top-flight competition for both sides.

Prior to the final, Györi Audi ETO KC and CSKA will decide third place in what will be the last DELO EHF Champions League match for the ‘queen of handball’ Anita Görbicz, who will retire at the end of this season. 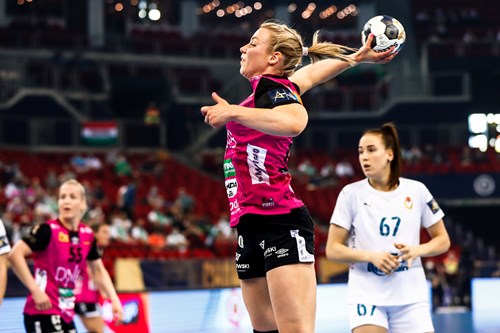 Two round 10 matches rescheduled for 29 January

NEWS: Esbjerg vs Podravka and Kastamonu vs Sävehof were both postponed last weekend and will now be played on Saturday 29 January

SUMMARY: Györ delivered an attacking masterclass against Metz in round 10, while Vipers won the Match of the Week against CSKA

Top four sides in group B to clash in fiery round

ROUND PREVIEW: The group phase of the DELO EHF Champions League is approaching its business end with round 10 this weekend

Dmitrieva: “I have recharged my batteries”

MOTW FEATURE: After a four-month break, Darya Dmitrieva has returned to the court and is ready for Sunday’s MOTW against Vipers

NEWS: The Match of the Week visits Germany and Spain in February for rounds 11 and 12 of the EHF Champions League Men