Georgia and Faroe Islands enter Saturday's semi-finals at the Women's Trophy in Georgia undefeated after both teams recorded three straight wins in the preliminary round.

Latvia had to concede a loss against Georgia in Group A but beat Cyprus and Albania to finish second, while Belgium only placed second in Group B ahead of Estonia courtesy of their better goal difference after both teams had recorded one win, one draw, one loss in the group matches.

In the cross matches for places 5 to 8 Cyprus play Armenia and Estonia are up against Albania.

All matches are broadcast live on the Georgian Handball Federation's Youtube channel.

The final, the match for third place as well as the placement matches will be played on Sunday, 13 March.

The Georgian Handball Federation has set up a dedicated event website that offers news, photos and videos throughout this week.

Hosts Georgia return to the competition for the first time since their last appearance in 2006, when they made it to the semi-finals in Bosnia-Herzegovina.

Belgium was the scene for the first edition of the Trophy in 2000; their national team is back for the fifth time. The teams from Estonia and Faroe Islands have the most competition experience in this category, as they take to the court for their sixth outing respectively.

With the focus of the event on the development of the persons involved, five referee couples aiming gain invaluable experience have been nominated from the Young Referees Programme to officiate the matches. 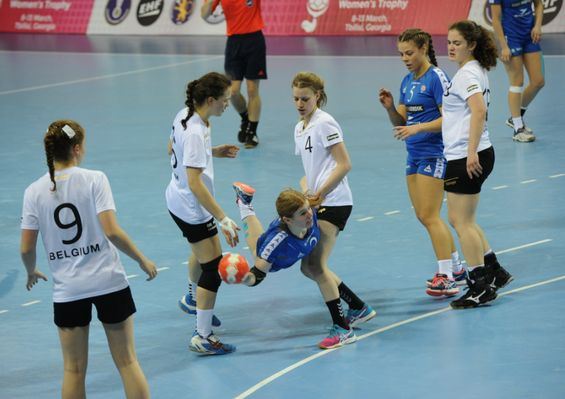 Next Article David Davis: “Respect your sport and it will respect you”