Sweden left no doubt on Friday night that they intended to end the Men's 17 European Open 2017 at the very top of the podium - and so they did.

In the tournament's final they beat Austria 34:22 in front of 4,560 spectators in Gothenburg's Scandinavium. Only hours before, Iceland had claimed bronze with a 31:25 win against Norway.

For Sweden it was the end of a flawless tournament which saw them winning all their six matches.

Austria had not conceded any defeat up until the final either, but they were left chanceless in the competition's last match.

Led by the trio of Christian Vintz, William Andersson Moberg and Ludvig Hallbäck, who scored eight, seven and six goals respectively, Sweden carved out a 16:11 lead at the break.

Sweden then continued their domination in the second half and eventually cruised to a well-deserved gold medal. Austria had its best scorer in Lukas Hutecek who netted eight times in the final.

Hutecek and Hallbäck also made it into the European Open's All-star Team, with the former being named best left back and the latter receiving the award for the best playmaker.

For the full tournament ranking, head to eurohandball.com. 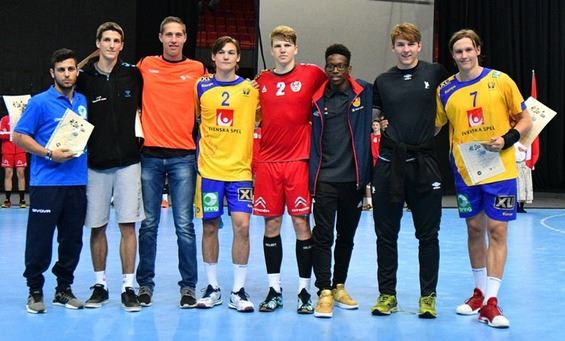 Next Article Champions Göppingen into EHF Cup Round 3; Challenge Cup participation expands to 40