After ehfCL.com presented the most important transfers in the top women’s clubs in Europe last week, now - right before the start of the knock-out stage in the VELUX EHF Champions League - it is time to put the spotlight on the men’s powerhouses.

One trend is clear: The transfers are announced earlier and earlier. For example, the moves of Sander Sagosen, Tobias Reichmann and Alex Dujsheabev Dovichebaeva were announced more than a year before they are to be executed. This trio are among the top transfers of this summer.

After a huge left wing rotation in the previous season -Rivera from Nantes to Barcelona, Sigurdsson from Barcelona to Löwen, Klein from Kiel to Nantes- this year the list of top transfers is full of left handed players. Right back Dujshebaev will be replaced by 2,13 metre tall Latvian Dainis Kristopans, who arrives to Vardar from HC Meshkov Brest.

Macedonian legend and goal machine Kiril Lazarov will leave Barcelona to join HBC Nantes. He will be replaced by Slovenian World Championship bronze medallist Jure Dolenec (from Montpellier HB) in the right back position for the Catalans. Left handed Melvyn Richardson, son of Jackson Richardson, is supposed to fill Dolenec’s shoes at Montpellier. Kielce made another major transfer by replacing right wing Reichmann with Europe’s top talent Blaz Janc, arriving from RK Celje. 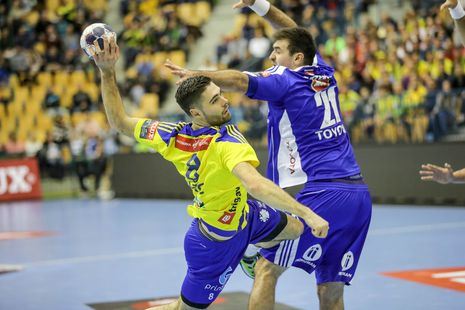 But it is not only left handed players, who are looking for new challenges - for example, some experienced Champions League goalkeepers will change sides, like Spanish Rodrigo Corrales Rodal, who will leave Orlen Wisla Plock to join Thierry Omeyer at PSG, or Croatian international Ivan Stevanovic, who will move from RK PPD Zagreb to Kadetten Schaffhausen. Montenegrin Nebojsa Simic will transfer from Swedish champions Kristianstad to Melsungen in Germany.

Alex is not the only family member with a new club in the next season, as his younger brother Daniel Dujshebaev Dobichevaeva signed a five-year contract at Kielce, but will have his first two seasons “to learn and improve” at Celje.

A left wing to climbing the ladder is Swedish youngster Jerry Tollbring. The IHF World Championship 2017 All-star Team member will transfer to Rhein Neckar Löwen, where he will replace outgoing Macedonian Dejan Manaskov, who signed for Veszprem.

As mentioned before -the transfers are announced earlier and earlier. Here are three of the biggest names, who have already been annouced to join new clubs in 2018: French double World Champion Kentin Mahe will leave Flensburg to join Veszprem, German EURO champion Hendrik Pekeler will return from Rhein Neckar Löwen to Kiel, while Kielce’s Croatian wing Manuel Strlek will join Veszprem too.