Djurdjina Jaukovic has been synonymous to ZRK Buducnost’s rebuilding process, that began following their Women’s EHF Champions League title in 2015.

Her talents have not come unnoticed and now Jaukovic will replace Buducnost’s shirt with one from Brest Bretagne Handball, starting from next season.

Meanwhile, the left back has achieved star status in Podgorica, asserting herself as a key element in Dragan Adzic’s plans.Having just turned 23 a few days ago, Jaukovic has become a stalwart for both club and country, playing an essential role for head coach Per Johansson in the Montenegrin national team as well.

The consistent performances of Jaukovic have caught the eye of some of Europe’s finest clubs, battling for her signature.

In the end, Jaukovic chose French side Brest as the perfect place to seek new challenges and further her career from the 2020/21 season.

“I am very excited to get a fresh start and look forward to joining Brest next season,” Jaukovic said.

“I hope it will be an interesting experience, and surely a big challenge for me personally. I will give my utmost to adjust the best I can and to help the club achieve good results,” she added.

Jaukovic followed a beaten path of Montenegro’s finest. She made her name in Danlovgrad, alongside some of the most talented Montenegrin players, before joining Buducnost in 2015.

She was the understudy to likes of Katarina Bulatovic and Bojana Popovic, who mentored and polished this Montenegrin gem to perfection.

“I am very grateful to the coach and my teammates from Buducnost,” Jaukovic said. “It is a team where I developed, both professionally and personally, but I felt it was time for a new team and a new challenge.” 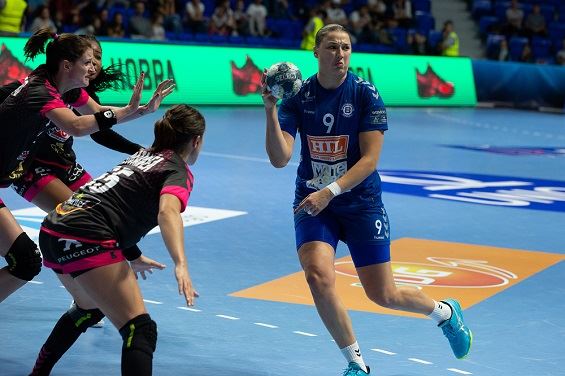 Brest are a well-known side for Buducnost, having already crossed swords in the DELO WOMEN’S EHF Champions League four times last year – in the main round of 2019/20 and the group matches of 2019/20.

The French side is among the most promising projects in women’s handball today. Bringing in Jaukovic is another clear sign of their ambitions and progress.

“I think it is a step forward in my career. I have a lot to learn from the very start,” Jaukovic said. “The French league is very strong and Brest are a great team. Even without several players, they managed to come just one goal behind Györ.”

Previous Article Rostov and CSM closing in on quarter-final ticket