Both back court players bagged eight goals in their win over Norway, a first at this level for Hungary in their third final.

With a perfect winning record in the competition, including a win over Norway in the preliminary round, Hungary came into the final as favourites, but it was Norway who had the edge at half-time.

Buoyed by the brilliant crowd of 6,500, Hungary closed the two-goal deficit within eight minutes of the second half and never looked back from there.

Norway simply did not have a response to the rampant Hungarians, despite the best efforts of Sofie Ege Gronlund in goal for the Scandinavians.

With a five-goal lead in hand, Hungary enjoyed the final five minutes, before closing the match with a 28:22 win and a maiden world title. 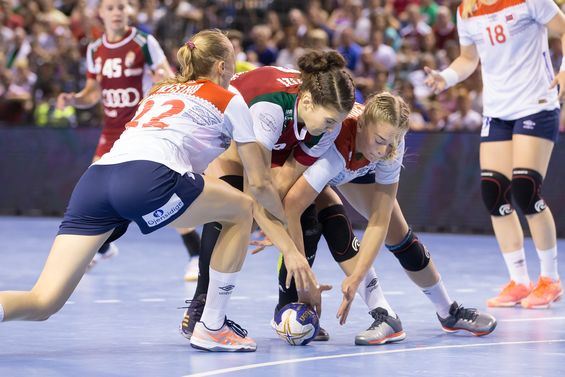 Earlier on Saturday, Korea rounded off the podium places by beating Russia 29:27 in the bronze medal match.