Debutants hope for main round, despite departure of twelve top stars

Debutants hope for main round, despite departure of twelve top stars

Four of the 14 players from the Rio 2016 Russian Olympic gold medallist squad had been competing for Astrakhanochka - all four departed ways from the club, including the Olympic Most Valuable Player, Anna Vyakhireva to Rostov (pictured below), as well as her sister, Polina Kuznetsova (also All-star team member in Rio). 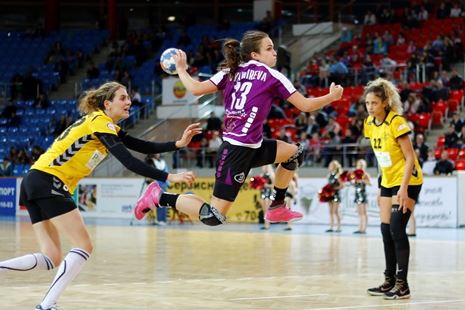 In 2016, under the helm of Trefilov and Mikhail Seregin (former assistant coach and current head coach), Astrakhanochka (founded in 1993) managed to leave star-studded Rostov behind to become Russian Super Liga champions for the first time, despite the transfer of many top players.

Following this major transition of twelve players leaving and only four replacements, the main round is the goal in their first ever Champions League season.

As club director, Gennadiy Lebedev says: “We want to show interesting and attractive handball in the new environment; it is highly important for us to have our debut in the Champions League.”

“Our most important task is to remain in the competition until the main round, despite the departure of our most experienced players to other clubs,” says six-time Russian champion, Postnova; the captain of a nearly all-Russian squad.

She adds: “It will be very hard for our young team to compete with such strong clubs, such as Vardar and FTC-Rail Cargo.”

Opponents in the group matches: Vardar, FTC and Leipzig in Group B

Next Article No room for error in Group D