In less than a month' time 20 national beach handball champions from across Europe will gather in Gran Canaria to fight for victory in the first edition of the EHF Beach Handball Champions Cup.

The European Handball Federation has now released the playing schedule for the three-day tournament from 31 October to 2 November.

The participants have been placed in groups of five teams each with the two top-ranked teams from each group qualifying for the semi-finals following a round-robin group phase.

The tournament throws off at midday on 31 October with the men's matches Pallamano Grosseto vs. A.C. Kiklopes Alexandroupoli on Court 1 and V. Gaw / Café Rossio vs. "Ekaterinodar" Krasnodar on Court 2.

More information on the tournament is available on the official website: www.grancanariabhb.com 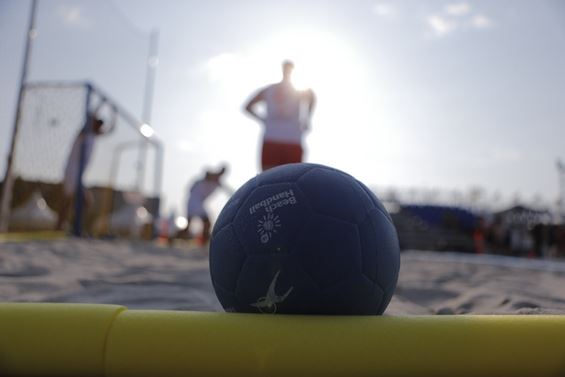 Next Article Melsungen record a convincing win in their European premiere

Sweden’s captain cares about the past, present and future of beach handball – and so should you

NEWS: A fresh logo and changes to ebt regulations welcomes the start of the new ebt season

Say hello to the new look for European beach handball

Get ready to feel the sun, the sea and the sand: introducing a refreshed brand identity for beach handball at the EHF

The man, the myth, the legend. Our latest Humans of Beach Handball series focuses on the Russian that helped shape the sport forever

Poles triumph in final ebt tournament of the season

NEWS: Teams from the host nation top the podium in last ebt competition of the 2019/20 season

NEWS: Results and photographs from the two ebt tournaments which took place in Slovakia and Russia last weekend