A one-sided match and a true thriller: that is how the European qualification for the Men’s World Championship 2021 in Egypt started on Wednesday night.

In group 2, Greece easily took a 31:18 away victory while visiting neighbours Cyprus, after leading by 10 already at the break (18:8).

While Cyprus missed five penalties, the gap grew to 13 goals in the end, with Greece’s Dimitrios Tziras leading with eight goals.

In the same group, Finland had an impressive comeback in Israel but still lost the match by the smallest margin, 33:32 - despite eight goals from Max Granlund and seven from Nico Rönnberg.

Hosts Israel had a perfect start, quickly leading 4:0 and later 11:3. This was the wake-up call for the Finnish side, which reduced the gap to only five goals at the break (21:16).

With seven minutes left, Israel were still four goals up (32:28). While Finland narrowed the gap to just one, they just could not completely turn the tide. Best scorer Israel’s Yoav Lumbroso with seven goals.

On Sunday, all four teams return to the court for the second round of matches, when Finland host Cyprus and Israel travel to Greece. 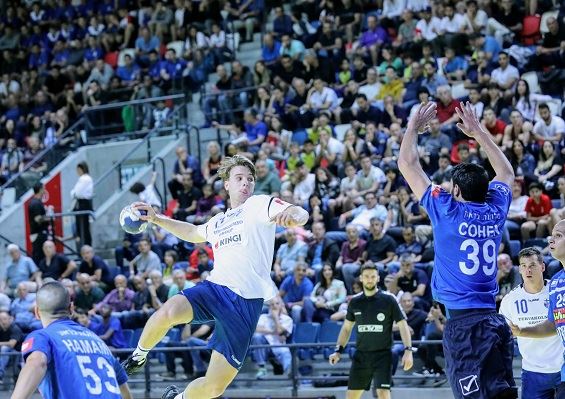 Tournaments at a single venue

Group 2 is the only one with home and away matches - the three other groups will be contested as tournaments at a single venue.

The tournaments of group 1 in Luxembourg (also with Lithuania, Slovakia and Faroe Islands) and group 3 in Italy (Romania, Kosovo, Georgia) will be carried out in January, simultaneous to the start of the EHF EURO 2020 in Sweden, Norway and Austria.

The group 4 tournament, however, will take place this weekend, when Turkey are hosting Estonia and Belgium in the only three-team group.

Only the four group winners advance to an intermediate round in April 2020, when home and away play-off matches will feature those EHF EURO 2020 participants that did not qualify for Egypt directly or that participate in Olympic qualification tournaments.

Those eight teams and the winners of the intermediate round will meet in June for the nine open spots at the World Championship in January 2021.

Next Article EHF extends partnership with SELECT Sport until 2024