Pehlivan: “I want to show how much I have improved”

Pehlivan: “I want to show how much I have improved”

He’s got handball in his genes. It doesn’t matter that he comes from a country where the sport has been known for only four decades now – he knows it since the day he was born.

In the summer of 2019 Doruk Pehlivan joined the ranks of PGE VIVE Kielce, becoming the first Turkish player in the Polish league.

As the ambitious 21-year-old left back admits, even sitting on the bench of the 2016 VELUX EHF Champions League winners would mean a lot for Turkish handball, but he didn't come to Kielce to test the seats in the Hala Legionów.

Pehlivan made his debut in the VELUX EHF Champions League in the first match of the season, when Kielce earned a 30:30 draw at eventual group B winners THW Kiel.

Kielce met the German side again in the final group match last week and the 32:30 win secured the third place in group B, setting up a Last 16 tie with RK Celje Pivovarna Lasko.

The first leg in Slovenia, on Saturday 21 March (live on ehfTV.com at 19:00 CET), is the featured Match of the Week, getting extensive behind-the-scenes coverage on the EHF’s social media channels.

Half a year later, Pehlivan still remembers every detail of entering the Sparkassen Arena in Kiel for his debut match.

“It was really nice and scary at the same time. Kiel had something like 12,000 spectators in the arena. As guests we were first to be announced and when I heard my name and entered the court, the fans were shouting. I thought ‘that is the moment I was training for,’” he says.

Pehlivan came to Kielce from Austrian side Fivers Margareten. His transfer was a huge surprise for many fans as the majority of them had not heard his name before. 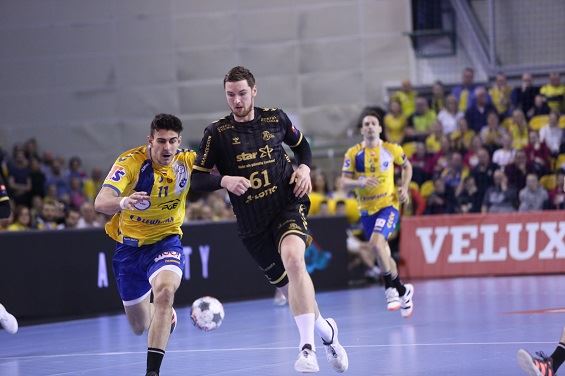 His start at Kielce was hard, getting familiar with coach Talant Dujshebaev’s tactical approach.

“I hoped my performances would be better, to be honest, but now I feel better and better,” he says. “I struggled a lot at the start and I am still struggling. But I am learning and I will continue to work. I have a bigger role in defence than offence and I think I adapted much better in the defence.”

"Being here is a luxury"

Off the court, Pehlivan has not faced any issues as he is proud to be a part of the Polish champions and enjoys his new environment.

“It’s even better than I expected. For someone who is into handball, being here is a luxury,” he says. “We have a great bunch of different people. Everyone is close to each other. We are friends, we trust each other, we spend a lot of time together and these bonds help us on the court.”

Pehlivan joining Kielce has been a huge occasion for Turkish handball fans. All of the club’s social media posts involving him draw a lot of reactions from the many fans in his home country.

“I’m trying to be like a forerunner for the others,” he says. “I want people to follow my steps and be better than me. Turkish handball is still behind the European level. Me and my teammates from national team and many other players from Turkey try to improve Turkish handball and carry it to another level.”

Handball has always been present in his life

His biggest fans, however, remain his parents. Both mother Zeynur and father Zeki are former Turkey internationals. That is why handball has always been present in Doruk’s life. His mum ended her career when he was born.

“As a kid I often attended my father’s trainings,” Pehlivan says. “I remember that my father and his teammates often made a floor brush out of me. They grabbed my legs when I was laying on my back and they were cleaning the floor. It was fun!” 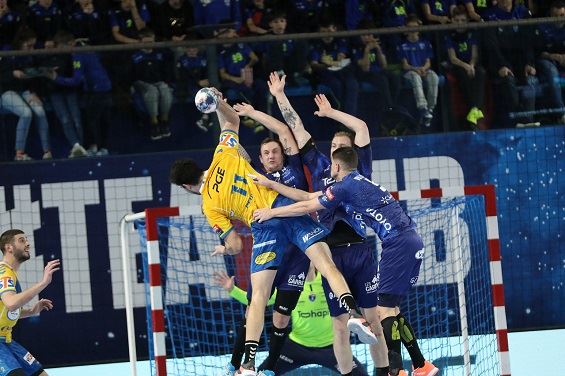 Pehlivan, at 201 cm and 115 kg no longer suitable as a floor brush, is still very close with his parents.

“My mother is more like a fan and she is really excited and active in social media. My father is more serious, we talk a lot about the matches, we watch them and discuss things I’ve done. Sometimes my father cuts the video and sends it to me,” he says, adding he is “really lucky to have them. I think family is a big part of being a good sportsman. My parents are big part of my journey.”

The close win over Kiel in the final group match last week meant that Kielce were paired with the sixth-ranked team from Group A, Celje, in the Last 16.

“They are young, they are hungry for victories. These young teams are always very risky, you never know what they will do,” Pehlivan says.

While getting to the Last 16 in his first season in the EHF Champions League is quite an achievement, Pehlivan still wants more: “We are a good team, I believe in us. I’m sure we will find strength to make the next step. I am sure everyone thinks the same.”

Pehlivan also has a personal motivation to do well against the Slovenian side.

“Against Kiel I was not as good as I expected, to be honest. I made too many mistakes,” he says. “What I should do, is learn from these mistakes and the next match I will try not to make them. I want to see it myself and show to everyone how much I have improved.”

CSKA aiming to go all the way

10 transfers that will shape the new season

FEATURE: Discover which players have made the biggest waves with their summer moves in the DELO EHF Champions League