The record European champions Norway will face Belarus in the 2019 World Championship Play-off after the draw at the AccorHotels Arena in Paris has determined all nine pairings of the last European qualification stage.

The draw was carried out by the EHF Vice President Predrag Boskovic and the IHF Executive Committee member Frantisek Taborsky together with the EHF Secretary General Martin Hausleitner, on the sidelines of the Women's EHF EURO 2018, exactly 333 days before the opening throw-off of the World Championship.

As Europe has been allocated 12 slots, which do not include France as the defending champions, it leaves room for nine more teams to make the trip to Japan next year. Those teams will be determined through two-leg play-off ties.

The matches will be played between 31 May and 2 June (first leg) and between 4 and 6 June (second leg) respectively.

The finals tournament in Japan, which takes place from 29 November to 15 December 2019, will feature 24 teams - and 12 of them have already been confirmed: Japan as the host nation and France as the defending champions, as well the Netherlands, Romania and Russia as the three best-ranked and not already qualified teams at the EHF EURO. From other continents the following countries have already booked their places: China, Kazakhstan, South Korea, Australia, Senegal, Angola and DR Congo.

In other pairings Germany will play against Croatia, Denmark vs Switzerland, Sweden vs Slovakia, Serbia vs Poland, Czech Republic vs Montenegro, FYR Macedonia vs Slovenia, Austria vs Hungary and Spain vs Iceland. 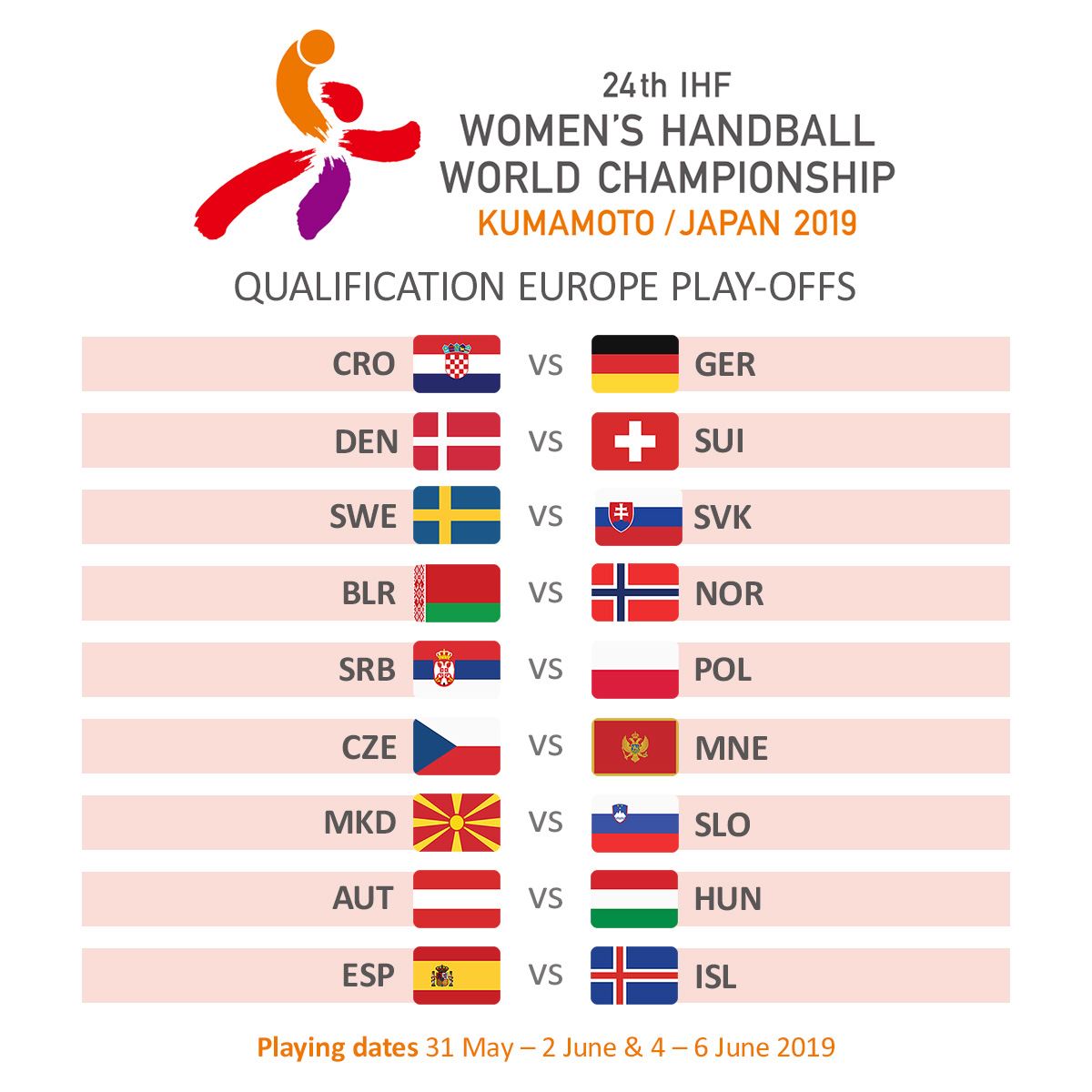 Sweden’s road to the future starts in Herning

COUNTDOWN #8: Under the guidance of new coach Axner, Sweden want to improve their international position to become consistent semi-finalists…

A new dawn for Croatia?

EHF EURO COUNTDOWN #15: A perennial underachiever in the past editions of the EHF EURO, Croatia will look to boost their credentials with a…

EHF EURO COUNTDOWN #16: Poland. New coach Arne Senstad has a tough job ahead when his team take on Norway, Romania and Germany