For first time in the competition’s short history, the Beach Handball EURO headed for Germany and the northern coastal resort of Cuxhaven.

Unashamedly copy/pasting from Wikipedia, we learn that the town…

is home to an important fisherman's wharf and ship registration point for Hamburg as well as the Kiel Canal until 2008. Tourism is also of great importance. The city and its precursor Ritzebüttel belonged to Hamburg from the 13th century until 1937. The island of Neuwerk, a Hamburg dependency, is located just northwest of Cuxhaven in the North Sea. The city's symbol, known as the Kugelbake, is a beacon once used as a lighthouse; the wooden landmark on the mouth of the Elbe marks the boundary between the river and the North Sea and also adorns the city's coat of arms.

Wikipedia DOESN’T tell us about the 2006 Beach Handball EURO, so we’ll tell you instead. In total 16 nations descended on Cuxhaven, with 16 men’s and 14 women’s teams taking part.

As well as thanking the local organisers and the German Handball Federation, EHF President Tor Lian, in his programme notes, was excited to see beach handball blossoming further.

“From the very first Beach Handball Championship in Gaeta in 2000 to the fourth edition of this sport discipline, we have seen Beach Handball go from strength to strength,” said the then-President.

“The development of the sport seems to know no boundaries and interest from all areas - from teams involved to the spectators - has soared!”

Spain took their second gold medal in the men’s event after beating Hungary in the final, adding to their victory four years before. 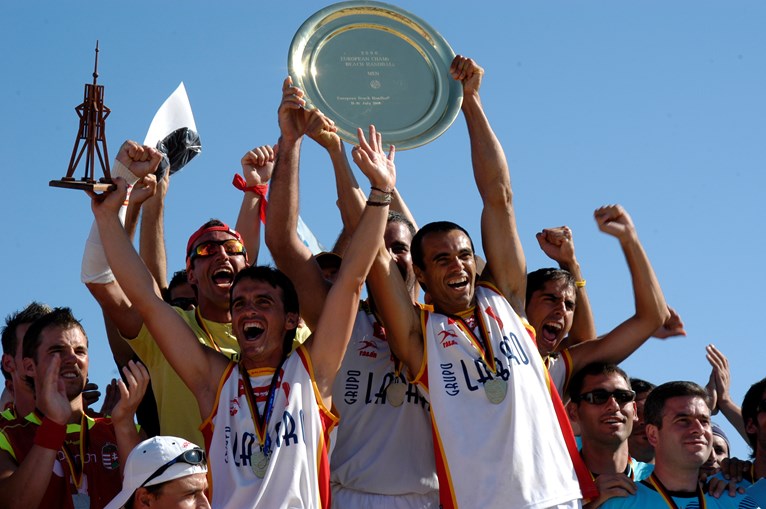 The Spanish side won all three of their preliminary round matches without dropping a set and remained unbeaten in the main round. After beating Serbia and Montenegro in the quarter-finals and Turkey in the semis their opponents in the final were a Hungary side who made the final four for the first time in their history.

The Hungarians took a tight opening set 20:19 and the second set was another tense one that Spain edged 23:20. That meant a shootout would decide the destination of the gold medal and it was Spain that ran out winners, taking it 7:2.

Turkey made it back-to-back bronze medals in the competition with a shootout victory over hosts Germany in the fight for third place.

The story of the tournament was without doubt hosts Germany taking the women’s title on home sand.

Having finished in third in Turkey at the previous EURO in 2004, the Germans went two places better this time around with a straight sets (16:14, 27:17) win over reigning champions Russia in the final. 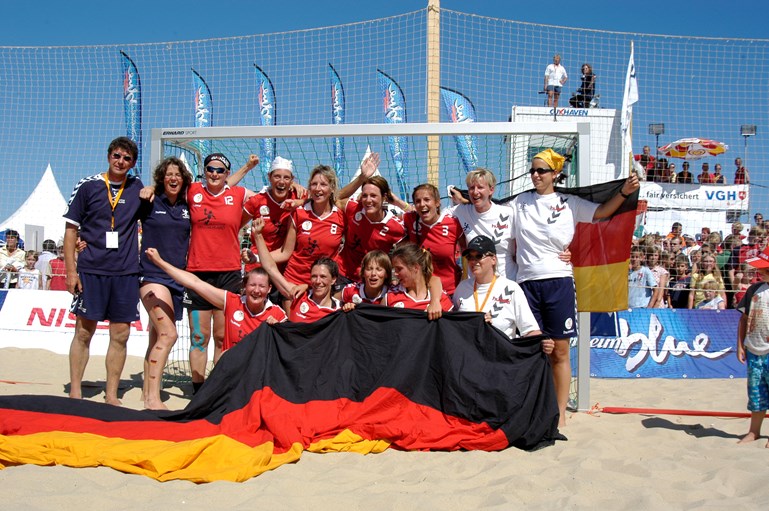 The Germans finished second in their preliminary round group – losing in a shootout to Hungary – but after beating Bulgaria and Croatia in the quarters and semi-finals respectively, they reached the final.

With the home crowd behind them they overcame Russia (who had beaten Turkey in their semi-final) to clinch gold.

For the Russians, who had won the title in 2002 and 2004, the silver medal was their fourth podium finish in four EHF Beach Handball EUROs.

In the bronze medal match, Croatia – runners-up in 2004 – took third spot with a straight sets win over Turkey.

Best of the best

Here’s the All-star Team results for the tournament… 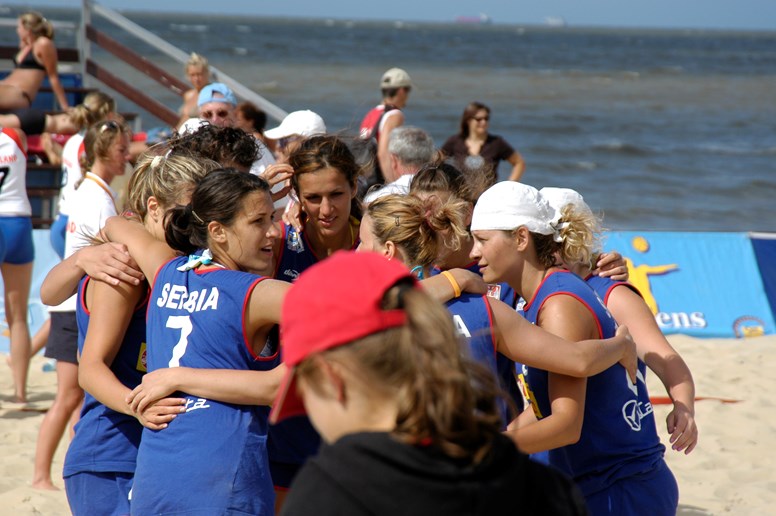 No, your eyes aren’t telling lies… the top scorer EURO was indeed Andrea Lekic, the Serbian centre back who went onto win the EHF Champions League with Győr in 2013.

The Serbian national (indoor) team the centre back scored 554 goals in 121 internationals, was in the All-star Team of 2012 and won silver at the World Championship in 2013.