They were around 17 years of age around that time and probably quite a few of them will have watched the final – on TV or maybe even in the arena.

In 2013, Spain beat Denmark 35:19 to claim Men’s World Championship gold in front of 16,500 spectators in the Palau Sant Jordi in Barcelona.

Now, four and a half years later, both nations meet again.

And hence this Sunday, at 18:00 hrs local time in the Salle Omnisport Harcha Hocine in Algiers, there is chance for some sort of redemption for Denmark.

.@dhf_haandbold run on court to celebrate their big win versus France and book tickets for the gold medal match . Tillykke! pic.twitter.com/YCu78JLlbV

For Spain it is a possibility to underline their supremacy when it comes to handball being played by the generation 1996 – only one year ago they topped the podium at the Men’s 20 EHF EURO in Denmark.

The match is streamed live on the Algeria 2017 YouTube Channel.

Spain reached the final following a 26:21 win against Germany, the side they also beat one year ago in the final of the Men’s 20 EHF EURO – it was the team's eighth consecutive win at this championship.

When this year’s finalists met at quarter-final of the Men’s 19 World Championship 2015, Spain beat Denmark 23:18.

At 15:30 hrs local time, France and Germany play for bronze at the Men’s 21 World Championship. The match is also streamed live. 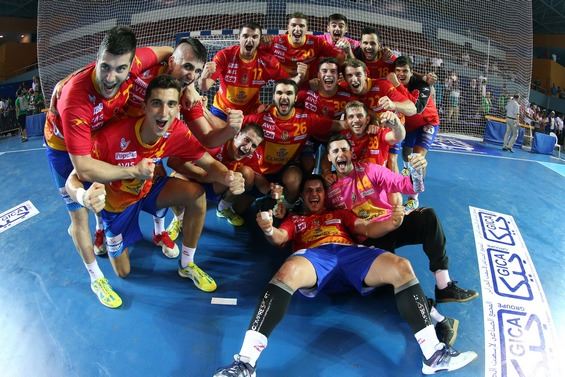