Szmal: "Results prove that Kielce are getting better and better"

Szmal: "Results prove that Kielce are getting better and better"

It is probably the last season of a long-lasting career, since he first grabbed a ball in his hands when he was seven years old. He helped all of his teams win trophies, including the Champions League with Kielce in 2016.

He was chosen the IHF World Player of the Year in 2009, after two successful years with the national team. But he remains modest about himself: “Well, I just stand in the goal and sometimes somebody strikes me.”

It is hard to believe that 39-year-old Slawomir Szmal is retiring at the end of the season.

The goalkeeper nicknamed ‘Kasa’ is still in great shape. Even wanted to run a marathon, but his knees rebelled against the idea. And the season became unexpectedly intense for him after he lost his partner in goal, Filip Ivic, due to knee and elbow injuries for a second time.

Off the court, Szmal coaches the goalkeepers of the Polish national team, is sports director of the handball school in Kielce where he sometimes teaches goalkeepers, and he is the ambassador of a handball-related brand.

In the build-up to the first leg of the VELUX EHF Champions League Last 16 between Kielce and Rhein-Neckar Löwen on Saturday at 16:00 hrs (live on ehfTV.com), Szmal talks to ehfCL.com about his farewell season so far. 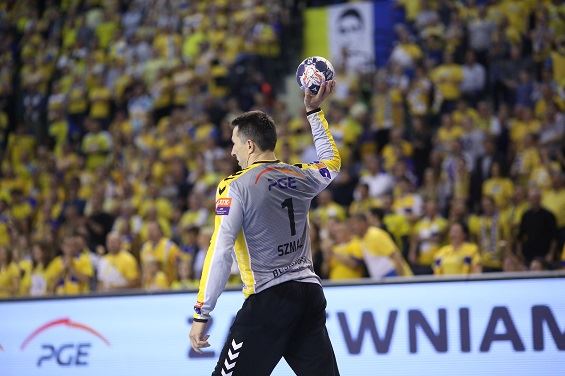 ehfCL.com: Sometimes it seems that you are some kind of multifunctional robot that doesn’t even need to recharge. Why so many duties in the last season of your career?

Slawomir Szmal: My general duty is being a goalkeeper at PGE VIVE Kielce. From time to time I organise trainings for young goalkeepers and I help in other activities at school. Right now we have only one class so there is not so much to do. Working with the youth has always fascinated me and I feel myself good in this. And when the time allows me, I take part in additional activities – as I call them, because they are an addition to my main obligations.

ehfCL.com: Do you even have a bit of time for yourself and your family?

Slawomir Szmal: Yes, sure! It is not like my wife sees me only in the evenings. I have even time to walk my dog. (laughs)

ehfCL.com: They say you spend journeys hanging on the phone. Always busy, always organising something?

Slawomir Szmal: I think that time spent in buses or cars is usually wasted time so I just use it. Maybe not all the time, because sometimes we come back after 10 in the evening so I can’t call anyone. But indeed, the things that can be done in the bus, I try to do in the bus.

ehfCL.com: How did you react when you got to know that Filip Ivic got injured again?

Slawomir Szmal: I feel very sorry for him. He loves to play, but he is still young and I am sure he will play many excellent matches for Kielce. But it is a hard situation for him. It is not hard for me because we have also two young goalkeepers (Milosz Walach,16, and Kasper Kijewski, 18), loved by our fans, who can disburden me in Polish league matches.

ehfCL.com: But you don’t have an equal substitute in the Champions League. Does this fact influence your playing style?

Slawomir Szmal: Not much. But sometimes I like to run out of the goal area to catch the ball, which can be followed even by the blue card. So now I run in a big bow (laugh), you know, in order to avoid contact with a player. I need to stay responsible. 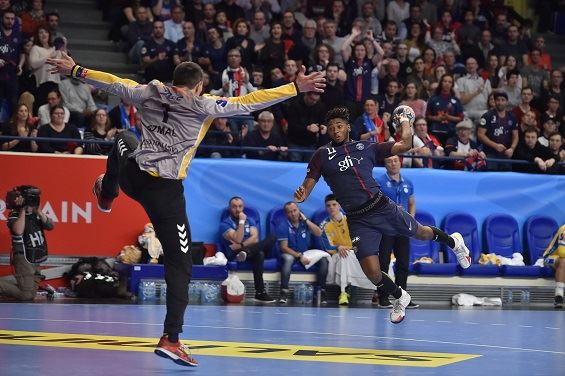 ehfCL.com: Do you already feel the burden of the season?

Slawomir Szmal: Yes and I will not hide it. My knees are seriously damaged and, unfortunately, during bigger efforts I feel it. Weight training rescues me actually because it helps me maintain tonicity. After my career I will definitely need to watch out because I may have to face prosthesis. I don’t have a joint cartilage.

ehfCL.com: You don’t seem to be worried at all.

Slawomir Szmal: It’s nothing new for me. I have had knees problems for years. People live with that and they feel well. I am not going to sit down after my career and do nothing. I want to spend my time in an active way, like motorcycling and climbing.

ehfCL.com: K2 in the winter?

Sławomir Szmal: Naah, not so ambitious! (laughs) It should calm me down, that is one of the best ways to achieve that.

ehfCL.com: With the Last 16 against Löwen coming up: Kielce have been getting better and better during the season.

Slawomir Szmal: I think the results prove it. We haven’t lost a game this year. We played two difficult matches in Germany, against Kiel and Flensburg. Our quality is rising but we are playing against better opponents, too.

ehfCL.com: Does your hunger for trophies in your last season rise too?

Slawomir Szmal: Hey, I didn't say that this is the end anywhere yet! (laugh) I think that in sport the hunger for trophies is the most important. Each kid has got it as well as the professional athlete. If you lose it, you will lose a sense of doing sports. It’s a pleasure for us. We sacrificed our lives in order to be able to win. It doesn’t matter if it is the second, third or first league. It is about having results of your hard work.

Previous Article Where to watch the Women's 20 World Championship Qualification

Next Article One match ban for Mokrzki