Tears of joy resound in best quotes from Cologne

Tears of joy resound in best quotes from Cologne

Once again the VELUX EHF FINAL4 has been a constant high of emotions.

After eliminating Barça Lassa following an amazing come-from-behind victory on Saturday, HC Vardar won their second trophy in Cologne by beating Telekom Veszprém HC in the final on Sunday. The defeat obviously hurt Veszprém, not just because it was their fourth lost final.

Here are the five best quotes from the LANXESS arena:

“I am just sad, but I am even more sorry for Laszlo [Nagy] and Momir [Ilic]. Ending such astonishing careers with such a defeat, that’s more than a pity.”

The whole of Veszprém would have liked to offer a perfect farewell to their teammates Momir Ilic and Laszlo Nagy. While they did reach the final for the fourth time (after 2002, 2015 and 2016), they had to swallow yet another defeat in the title match.

“This tournament is the best tournament for handball. We need more of those events. It is amazing to be here as a winner.”

Roberto Parrondo was delighted to take part in his first VELUX EHF FINAL4. No wonder he was even more excited after the event, leaving Cologne with the trophy.

“In these difficult times for the team, this title is even more important than the first one in 2017.”

With the club facing an uncertain future, the players just played for the love of handball. And they proved they were right to do so. 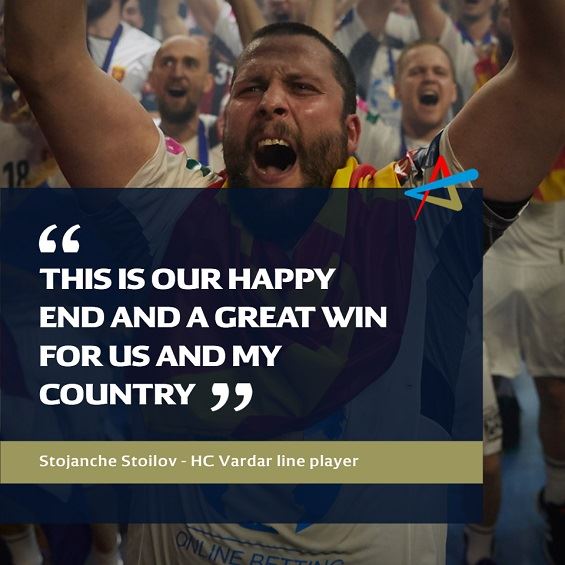 “We most likely can expect 100,000 people on the streets. Our fans support us like crazy.”

“This is our happy end and a great win for us and my country.”

The captain of Vardar is very proud of how his team closed a chapter. Despite the off-court issues, Vardar lifted the biggest trophy in men’s club handball for a second time, after 2017. To him this is also about the pride of the country.