The star of the "Stars" 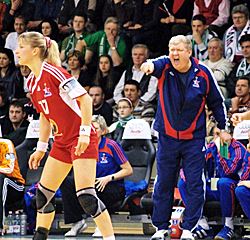 The star of the "Stars"

Zvezda is the Russian word for star, and the star of Zvezda Zvenigorod arose in 2006 when the newly founded club signed "Mr. Successful" as their new coach: Evgeny Trefilov, also national coach of the Russian women and four times World Champion.

The focus of the club was aiming on one objective: becoming the best Russian club and gathering all Russian national team players in the Moscow Region.

The goal was already fulfilled after only one season, as Zvezda became Russian Champion for the first time and also won the EHF Cup.

Only one year later the Russians raised their next (and up to now biggest) trophy: By beating Hypo Niederösterreich in the finals they won the EHF Champions League.

As they were number one in Europe, Zvezda missed the domestic title in the same year, losing the finals against Dinamo Volgograd – and since 2007 the Trefilov team wasn’t able to overcome Dinamo in the Russian Super League. 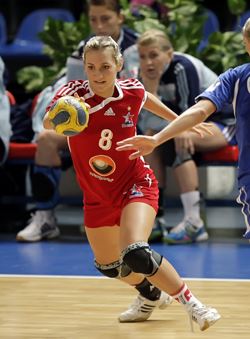 So this season it was the same procedure for the "stars" as in 2009: They had to go through a qualification tournament to go through to the Group Phase of the EHF Champions League. But same as last year this wasn’t a real hurdle for Zvezda, as they won all three matches in Greece.

After their triumph in 2008 the positive results on international field decreased. Zvezda missed the Main Round for two consecutive times. So it’s the big goal of Trefilov and his players to this season "survive" the group stage.

But this aim isn’t looking easy, as the Russians have to play against Györ, Krim and Podravka – three teams with big international experience, strong players and high hopes.

Some new talented players joined the Trefilov club, like Ana Sen, who was one of the key players in the Russian Junior’s team which won WCH Silver this summer.

Another top star might become a Zvezda player: World Champion and Olympics All star team member Irina Bliznova. But there are still negotiations with her current club Lada Togliatti and Zvezda. 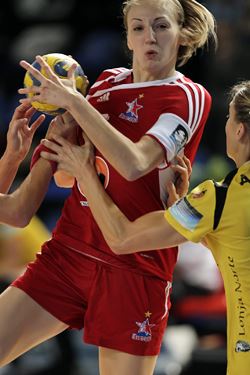 With this renewed team the objectives are the same as last season: winning the Russian league – which basically means being stronger than Volgograd – and at the same time reaching the next stage of the EHF Champions League.

Next Article No other club in question

Benfica defeat Cocks to get winning feeling back

Portuguese side Benfica returned to winning ways at home against Cocks a week after losing to GOG, with an amazing performance from their ri…