If it weren’t for Tunisia, the Men’s 21 World Championship would have turned into an all-European affair as the competition has reached the quarter-finals.

However, in a thrilling match which saw Tunisia scoring the decisive goal 14 seconds before the final whistle, the African nation beat Iceland 28:27.

“I cried for the first time after a game,” said Ben Abdallah immediately after the game.

“With this win for the national team I cannot put my feelings into words; I cannot describe my happiness. Even though I scored the last goal, it was teamwork which made us win,” Ben Abdallah was quoted on the IHF website.

Germany reached the quarter-final following a 31:28 win against Sweden.

Also in the quarter-final are France who beat Faroe Islands 28:25 to set up an encounter against FYR Macedonia who beat had the upper hand, 24:20, against tournament hosts Algeria.

The remaining quarter-final will be played between Denmark and Russia. The former beat Scandinavian rivals, Norway, 34:27, while Russia also scored 34 goals in their 34:25 win against Croatia.

All throw-off times and venues can be found on the International Handball Federation’s competition website.

Live streams of all matches are available on two different Youtube channels depending on the venue. 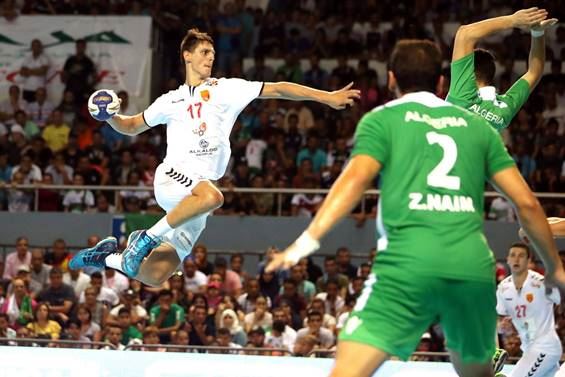