Voting for the Women’s EHF Champions League All-star Team has been launched. Fans across Europe are invited to select this season’s best players with 50 nominees across 10 categories to choose from here.

For the first time, the nominations were made by several stakeholders, with one player in each category nominated by the competition’s coaches, Women Forum Club Handball, presenting sponsors Delo, EHF media correspondents as well as the EHF.

Every team which reached the main round is represented by at least one player. Metz received the most nominations with eight; Rostov, Györ and FTC all received seven; Kristiansand six; four for CSM Bucuresti; three for Buducnost; Odense, Brest and Krim received two each; while Kobenhavn and Thüringer HC are represented by one player.

This year’s selection will have a fresh look as only four of last season’s team have been nominated again: Ana Gros, Iuliia Managarova, Tjasa Stanko and Ambros Martin.

Fans can vote below and the polls will remain open until Wednesday 8 May, before the All-star Team is announced at the DELO WOMEN’S EHF FINAL4 on 11/12 May in Budapest. 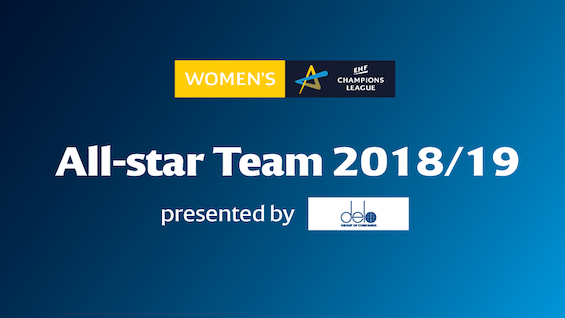 Next Article Five talking points after four away wins