All set for 2020 as club competition revamp agreed

All set for 2020 as club competition revamp agreed

European club handball is set for a new look from the start of the 2020/21 season.

The EHF Executive Committee has agreed to proposals that will see a revamp of the European club system.

The developments follow the signing in May 2018 of a multi-million euro, 10-year deal with two of the leading companies on the international sports market, Infront and DAZN, which set to transform the sport.

A reform of the EHF club competition system follows the expansion of the EHF EURO, the federation’s flagship men’s national team competition, from 2020 when it will be played with 24 teams in Sweden, Austria and Norway.

The changes to the club competition formats have been agreed in close cooperation with the federation’s key stakeholders.

These include representatives of clubs, leagues and players as well as national teams through their representation in the EHF structure and in line with the EHF’s objective to ensure good governance.

Europe’s top competition is about to get even better. From the start of the 2020/21 season, both the men’s and the women’s EHF Champions League competitions will be played with two groups of eight teams.

No qualification rounds or tournaments will be played in either the men’s or the women’s competitions.

The group phase will be played in a round-robin league format with the top two teams qualifying directly for the quarter-finals. The teams finishing in seventh and eighth place will be eliminated.

The four remaining teams from each group (ranked three to six) will qualify for a play-off round, before progressing to the quarter-finals.
The season will culminate, as it does under the current system, in a FINAL4, played over one weekend.

This new system will mean a fight not only for the top spots as teams compete for the opportunity to jump straight to the quarter-finals but also at the lower end as teams look to avoid dropping out of the competition.

For Europe’s elite players, the opportunity to qualify directly for the quarter-finals also means additional rest ahead of the high-point of the season. 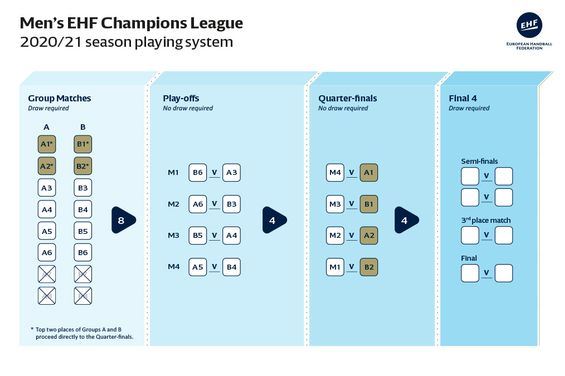 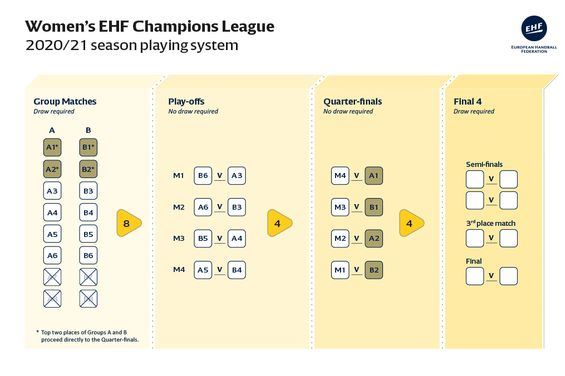 There is a new name and a new format for Europe’s second tier of top class competition. The EHF Cup has been completely revamped and will become the European Handball League.

The number of teams competing in each of the men’s and women’s competitions will differ as set out below:

Qualification for the competition will, as now in the EHF Cup, be played on a home and away basis with 12 teams qualifying for the group phase.

12 additional teams will then be seeded directly to the group phase, to make up a total of 24 teams competing in four groups of six teams.

The top four teams from each group will qualify for the last 16, leading to the quarter-final knock-out stage. The finals will continue to be played in a final-four format. 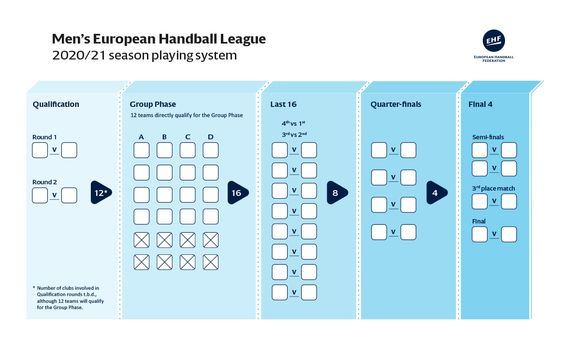 The Women’s European Handball League will also be played in the same format as the men’s but with fewer teams.

A total of 16 teams will progress from qualification to the group phase – with the exact number of teams competing yet to be determined.

The group phase will then be played in four groups of four teams in a round-robin format. The top two teams in each group will qualify for the quarter-finals.

There is also a new development for the women’s competition as, for the first time, the finals will be played in a final-four format, bringing both male and female competitions in to line.

The final of the men’s second tier competition (Men’s EHF Cup Finals) has been played in a final-weekend-format since 2012. 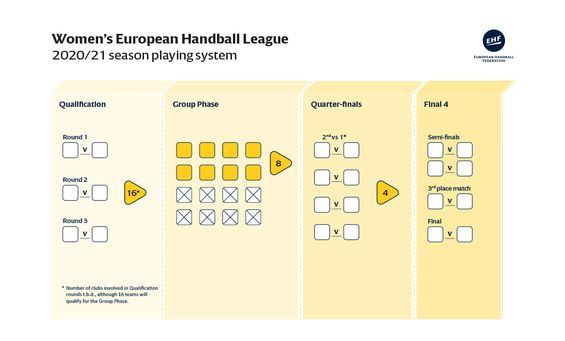 The Challenge Cup on the third tier gets an upgrade and becomes the new ‘EHF Cup’.

Played on a home and away knock-out basis, it is envisaged that 32 teams will compete in both the men’s and women’s competitions from the third round onwards.

The qualifying 16 teams will then play a Last 16 round, quarter-finals and semi-finals. The final itself will continue to be played on a home and away basis as now. 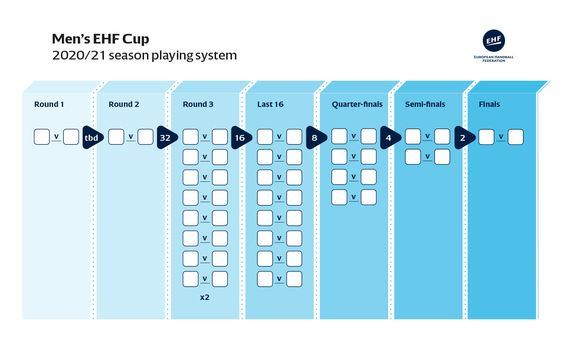 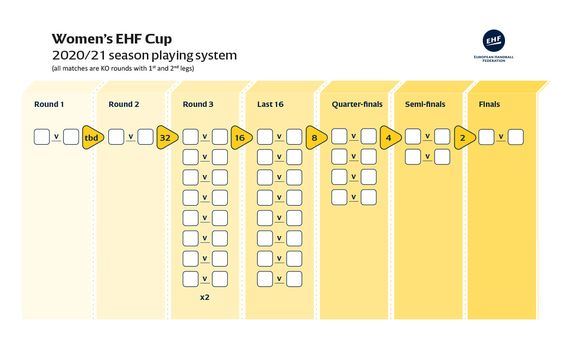 Next Article Changes to International calendar from 2020/21

NEWS: On the fringes of the 12th Secretaries General Conference and the European Handball Convention, the members of the EHF Executive Commi…

Back in the Game: Secretaries General Conference 2020

NEWS: Secretaries general from handball federations across Europe are updated on a variety of topics by the EHF ahead of a busy 2020/21 seas…