EHF EURO 2016 winners Germany play Slovenia, Portugal, Switzerland on their way to a potential title defence in two years, as the way to the Men's EHF EURO 2018 was determined for 28 teams at the qualification draw in Dubrovnik, Croatia on Thursday.

"It is a very tough group, maybe the toughest one. We will have to do our best to qualify. We qualified for the Olympics and this is a very big thing for Slovenia. Now we want to continue this success," said Slovenian player Mario Sostaric after his country was drawn to play in Group 5.

The overview for all seven groups looks as follows

15 teams will eventually qualify for the Men's EHF EURO 2018. Hosts Croatia are the only team that is directly qualified. 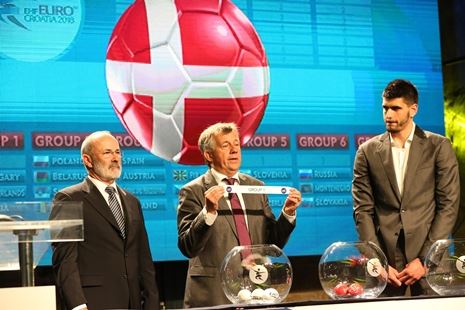 "I think that it is an advantage that we don’t have to play the qualification for the EURO 2018 as the handball calendar is already very full and we can use this time to recover," said Croatian international Luka Stepancic after the draw. "I am really looking forward to playing in front of my family and friends."

The qualification rounds will be played on the following dates

The final tournament takes place from 12 to 28 January 2018. The four host cities are Croatia's capital Zagreb, Varaždin, Poreč and Split. Main round matches will takes place in Zagreb and Split; the final weekend will be played in Zagreb. 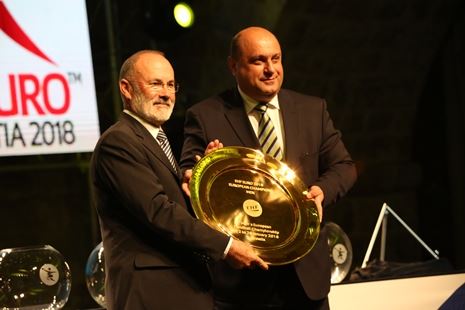 NEWS: The final weekend in Herning was watched by huge numbers in France and across Scandinavia