No matter if Metz win the trophy on Sunday night or not, Emmanuel Mayonnade will have broken a record. At 35, he is the youngest coach ever to lead a team at the DELO WOMEN’S EHF FINAL4.

In his fourth season since joining Metz Handball, the coach has qualified for the event after two previous Challenge Cup victories with Mios.

“Ten years ago, I was watching the Champions League on TV and I was thinking that it had to be something incredible,” Mayonnade says. “Three years ago, I played it for the first time and it was still as amazing. And then you start dreaming, and you start telling yourself that it could be possible to reach the EHF FINAL4.”

Now, he is there.

“Personally, qualifying for the EHF FINAL4 is a huge accomplishment, even though we might not win in the end,” Mayonnade says.

It took some time for Metz to finally board the plane to Budapest. This season was the third time the French side reached the quarter-final of the Women’s EHF Champions League. Players and coaching staff learned from their previous failures as they made it through this time.

“When we prepared this season’s quarter-final, I told the players that three seasons ago we were not that far away from Budapest when we lost to Györ, and that we were even closer last time,” he says.

“When we lost by 10 goals in Bucharest last season, we told ourselves we had to do everything to get another chance. But this is so hard,” Mayonnade says. “We had to reach the final of the French league first. Then win as many games in the group matches, same in the main round. Just to make it to the quarter-finals is so tough.”

But Metz not only qualified to the quarter-final, they also won both legs against the 2016 champions, CSM Bucuresti. 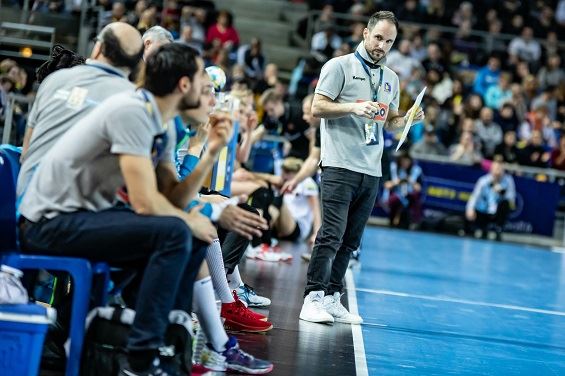 The trip to Budapest booked, Mayonnade was sure that Metz will have a chance at the DELO WOMEN’S EHF FINAL4.

“We’ve got a bench, we’ve got talent. We know that if we want to lift the trophy we will have to beat Györ at some point. But after all, why not?” he says.

However, Metz will avoid the defending champions in the semi-finals, as the French side will first meet Rostov-Don on Saturday at 18:00 hrs (live on ehfTV.com), having also played the Russian side twice in the main round.

“We beat them twice this season. This is a team we can look in the eye. We’re both going to have six players and one goalkeeper at throw-off. I don’t see why we wouldn’t stand a chance against them,” Mayonnade says. “But I’m sure that this confrontation will be completely different from the two previous ones.”

While Metz, as a club, have no experience playing at an EHF FINAL4, some of their players have. Gnonsiane Niombla travelled to Budapest twice in the past with CSM Bucuresti.

Also, Laura Glauser, Manon Houette and Laura Flippes were all part of the French national team that won the EHF EURO 2018 at home in December.

“We take benefits from their experience. Those players know how to handle these games,” Mayonnade says. “The 15, 20 important games that France have played over the past four or five years are useful to us.”

Previous Article Waade: “We have nothing to lose in Budapest”

Next Article Back from injury, playing again “means everything” to Nora Mørk

Live blog: round opens with wins for CSKA, Dortmund and Vipe…