Before the first qualification matches on the road to the Women’s EHF EURO 2020, the top teams at the previous edition of the European Championship appear to remain the strongest forces to reckon with.

While some squads have changed little and therefore appear only to have grown stronger with increased cohesion and experience, we also have our eye on some developing teams that seem on the cusp of breaking through to the top. Here are the 10 teams expected to start their EHF EURO 2020 Qualifiers campaigns strongest.

Slovenia are a team on the rise, and the EHF EURO Qualifiers will undoubtedly show just how far the team have developed since their rank of 13th in France in 2018. That EURO campaign was tough for Slovenia, as they were drawn into the same preliminary group as the two finalists, as well as Montenegro.

Slovenia lost to Montenegro and France, but managed a huge upset when they defeated Russia by two goals. It was this match that showed a good day for Slovenia is a very good day – particularly if Ana Gros is at her best. The right back will be key in leading the team once more in the qualifiers, alongside the best young player in the EHF Champions League 2017/18, Tjasa Stanko.

After several years missing key players such as Andrea Lekic and Dragana Cvijic, Serbia are back to strong form. Their 11th-place finish at the EHF EURO 2018 is not indicative of the solid performances on display in France, where they topped preliminary group A thanks to some impressive wins against the likes of Sweden and Denmark.

The main round campaign was both a challenge and unlucky for Serbia, as their final ranking plummeted due to some big losses and achingly close defeats.

One revelation in France was Katarina Krpez Slezak, who was far from a new name at the time, but was not known to be quite the dangerous scorer she was during the EURO. Krpez Slezak finished as the top scorer of the championship, despite playing less matches than any of her nearest rivals.

Serbia will be missing Andrea Lekic for their first qualification games, which will be a considerable blow.

What will Sweden’s first official major international matches without Isabelle Gulldén look like? The superstar centre back has yet to return to the court following her pregnancy, and the Scandinavian side are also missing Emma Fernis and Hanna Blomstrand due to injury.

They can count on several well-known names such as Jamina Roberts and high-scoring Nathalie Hagman, who came very close to breaking the record for most goals in an individual match at the EHF EURO 2018, but there is no doubt that the absences will be felt.

However, Sweden’s sixth-place finish at the EURO in December and their maiden World Championship semi-final one year prior show they are one of the strongest teams at the moment.

At what was coach Henk Groener’s first major international championship at the helm, Germany ranked 10th in France last December. The EHF EURO result might make it seem as though Germany are not worthy of a position so high on the list, but Groener’s work was only beginning at that point.

In addition, Germany had some very memorable games at the EURO – most notably, they defeated then defending champions Norway by one goal, and ranked above the Scandinavian powerhouse at the end of the preliminary round.

With such promising performances, great young talents such as Emily Bölk and EURO All-star right back Alicia Stolle, and the guidance of the coach who led Netherlands to become the formidable side they are, it seems it is only a matter of time before Germany break through to the top. 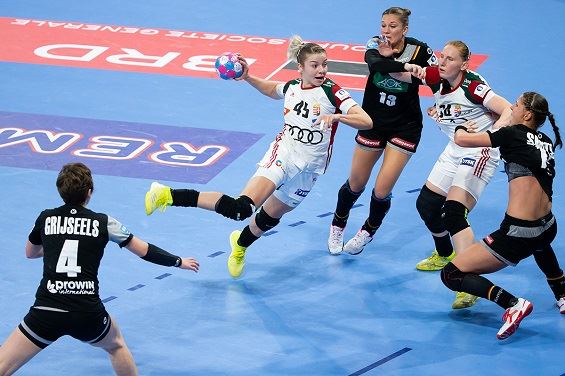 Hungary had a great EHF EURO 2018 campaign, which included a win against semi-finalists Romania and a close match versus bronze medallists Netherlands. Though consistency was lacking somewhat over the course of the competition, those stand-out matches showed Hungary are capable of challenging the biggest teams.

And the future only looks to be getting brighter and brighter for the Hungary women’s national team. Since the summer of 2018, Hungary have won the 2018 Women’s Junior World Championship, the 2018 European Open (U16), and the 2019 W19 and W17 EHF EUROs. They also took the silver medal at the 2018 Youth World Championship. Clearly, Hungary are a team to watch out for now and in the coming years.

Montenegro were unlucky to miss a place at the final weekend of the EHF EURO 2018, as it was only one point that separated them from the 5/6 play-off after a preliminary round that included matches against both finalists. Montenegro lost to Russia, who eventually took the silver medal, by just one point.

With reliable and experienced stalwarts such as captain Jovanka Radicevic, rapidly rising stars like Djurdjina Jaukovic and exceptional team cohesion, Montenegro can never be underestimated. The team will be ready to fight hard for both sets of points up for grabs in the opening qualifiers, as they eye a berth at the final tournament and an opportunity to reclaim the trophy after the victory in 2012.

What are Romania capable of with Tomas Ryde back at the helm? The Swede’s previous stint as head coach saw the team claim the bronze medal at the 2015 World Championship before a shock early exit at the 2016 Olympic Games prompted his departure from the position.

The years since have also been tumultuous, with a surprise elimination at the 2017 World Championship followed by an incredible EHF EURO 2018 campaign that saw Romania return to the semi-finals after an eight-year absence. Romania are always capable of big things, but consistency has been a problem.

Captain and four-time World Handball Player of the Year Cristina Neagu has been named in the team, but the likelihood she will be able to return to the court just yet is slim. However, Romania are more than Neagu, and it will be a surprise if they do not collect the points from their opening qualification encounters versus Ukraine and Faroe Islands. 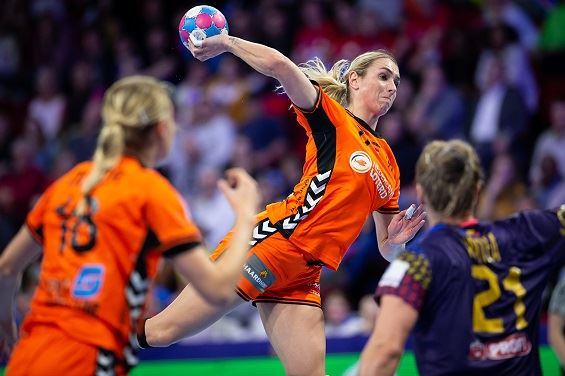 They were EHF EURO 2018 bronze medallists, and have reached the semi-finals at now five consecutive major international championships – the 2015 and 2017 World Championships, the 2016 Olympic Games, and the EHF EUROs in 2016 and 2018. No other team can boast such an achievement, and the Netherlands are clearly one of the most powerful forces in women’s handball.

But there have been some significant changes since December 2018, when Nycke Groot was the important leader in the team and Helle Thomsen was coach. Groot has since stopped with the national team, while Metz Handball coach Emmanuel Mayonnade has stepped into Thomsen’s role.

Ambros Martin will make his debut as head coach of Russia with a team featuring all his star players, as the EHF EURO 2018 runners-up are currently marred by no major injuries. The MVP of the EURO in France last December, as well as the MVP of the 2016 Olympic Games where Russia claimed their historic first gold medal, Anna Vyakhireva, will lead the side.

Alongside Vyakhireva, stalwarts such as Anna Sen and Ksenia Makeeva will work with a number of young newcomers. Martin has named several up-and-coming youngsters, including MVP of the 2018 Youth World Championship Elena Mikhaylichenko. In addition, Victoriia Kalinina – who was key in Russia’s Olympic gold medal following a serious injury for Anna Sedoykina during Rio 2016 – is back in the squad.

It seems an obvious choice to place the current world and European champions first, but with a squad largely unchanged from the one that claimed the maiden EHF EURO title less than one year ago, France remain as strong of a threat as ever – and they therefore belong nowhere else but at the top of the list.

One notable absence for the opening EHF EURO 2020 Qualifiers will be usual captain Siraba Dembele Pavlovic (pregnancy). However, with a worthy replacement in the form of Metz Handball’s Manon Houette, who will have no trouble filling the starting left wing position, France are in little danger of missing their captain to the point of catastrophe.

France are just over two months away from beginning their campaign to defend the world title, and will be coming at the qualifiers with full force as they aim to start with two victories in the opening rounds and give themselves a boost ahead of the World Championship in Japan.

Breaking down the draw – Pots 1 and 2

DRAW ANALYSIS: Ahead of the Women’s EHF EURO 2020 draw on 18 June, we take a look at the eight teams in Pots 1 and 2 and the preliminary rou…