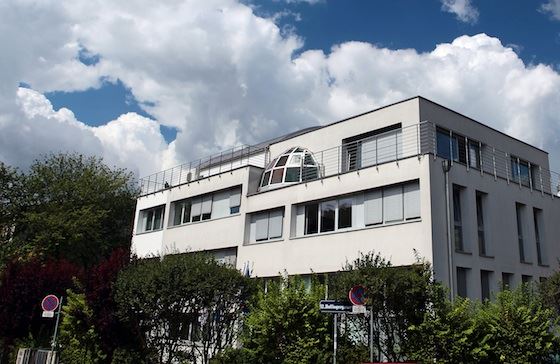 On 1 September 1992, the first full-time office of the European Handball Federation opened its doors in the Austria Trend Hotel Bosei in Gutheil Schoder Gasse in the tenth district of Vienna, Austria.

The cities of Berlin, Zurich, Lisbon, Bratislava and Vienna were all in the race to be the headquarters of the newly formed EHF, which was founded on 17 November 1991. All locations offered something different and it was already decided that when the location was chosen, a manager would be placed in situ from the very first day.

The EHF Executive Committee under the presidency of Staffan Holmqvist and featuring a future EHF President Tor Lian as a member, decided in March 1992 to propose Vienna to the June 1992 Congress because of favourable conditions and positive signals from other institutions of the benefits that Vienna brought to the business and its employees.

Both the Austrian Government and the local Viennese Government were willing to provide financial contributions for three years through their sporting streams. And this, alongside an application for the vacant post of EHF Secretary General from Michael Wiederer, the then General Secretary of the Austrian Handball Federation, ensured that the EHF Executive Committee were confident that the new organisation would have a person managing it who knew the business and could be a driving force.

Additionally, Austria with its location in the middle of Europe offered many nations good connections especially those from the Balkan region, Czech Republic, Slovakia, Slovenia, Hungary and Germany. These journeys could be completed by car allowing representatives from both clubs and federations the opportunity to attend draws, events and lectures and to be an active part of the European Handball Family.

Rapid development and another new home

So where to start in Vienna? A site was chosen due to proximity to a hotel, roads and city centre and airport links – the Austria Trend Hotel Bosei at Gutheil Schoder Gasse in the 10th district in southern Vienna complete with golf course and sports hall.

The EHF headquarters opened up on 1 September 1992 in a rented office next to the hotel with just two people in an office each. A rather big space initially, within a short period it became apparent that this was not big enough so a third and then fourth room were rented but it was clear the EHF had outgrown their surroundings.

A year and a half later the EHF moved within the area to a traditional Japanese Tea House owned by the hotel (Bosei is a term for ‘Motherhood’ in Japanese), a traditional symbol to have in the grounds of Japanese buildings.

With two floors, the traditional teahouse had many entrances and many doors where the EHF worked with five, six and eventually seven people. Having so many access points caused much fun and games for the staff due to people having so many possibilities of entering the house so many would arrive through the wrong entrance including on one occasion a delivery driver hoping to deposit 5-6 tonnes of red sand for the nearby tennis courts.The EHF office was like a telephone exchange and, again, it had outgrown its environs and it became time to move on again. 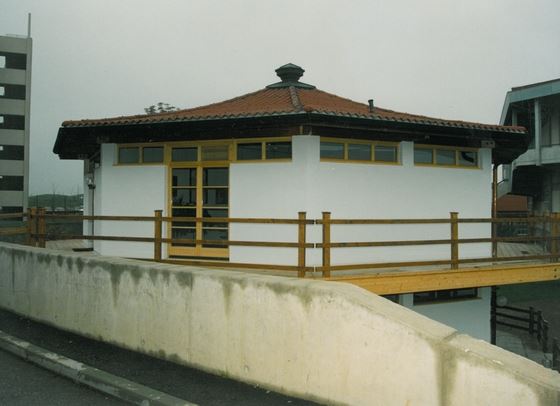 EHF decides to build its own headquarters

In 1996 at the 3rd Ordinary EHF Congress in Greece, it was confirmed by the Executive Committee that the EHF should buy a piece of land and build up its own headquarters with the precondition of not moving too far away from their current location due to the hotel proximity and transport links.

After many sites in Vienna and with many locations being rejected due to logistical inconsistencies, a piece of land was identified. With a good cooperation with the Gartenhotel Altmannsdorf already in place, the plot with the address Hoffingergasse 18 in the 12th district of Vienna was chosen and acquired. The new location also matched pre-conditions set by the EHF Executive as it was only 2km away from the original office at the Hotel Bosei. Construction began in 1997.

The building of the new EHF headquarters was under the total control of the staff members who would be working there. Plans presented to the Executive Committee included good working conditions, with lots of light and an open feel with mezzanines rather than full traditional floors to make communication and contact easy.  The Secretary General office would even have a handball roof over the meeting area after the architect proposed a symbol of the sport should be incorporated into the design.

Meetings took place with authorities and local residents during the construction and the new building eventually opened in May 1998 to house nine staff with a celebratory house warming party including invited member federations attending soon after. 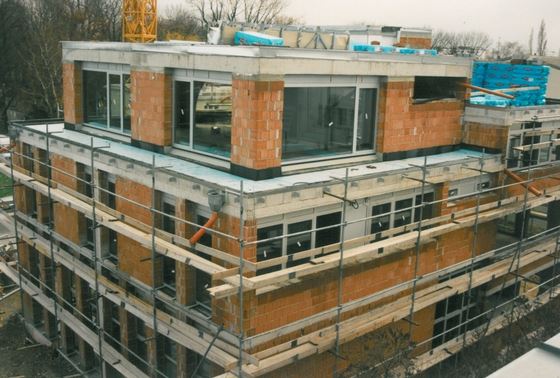 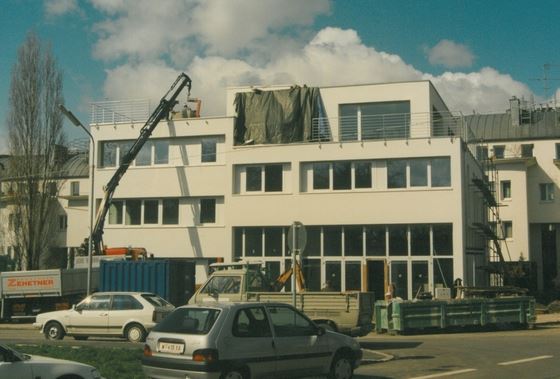 Finishing touches: the new EHF Office on Hoffingergasse in 1998 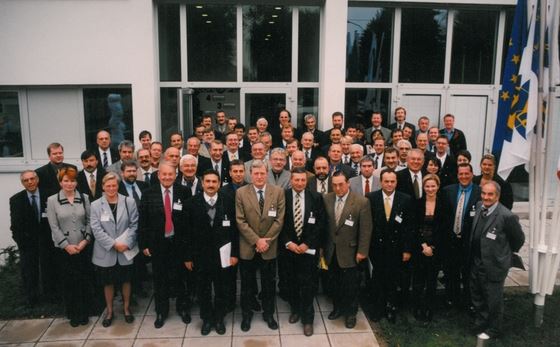 However, the office needed to expand twice over the following years, with large-scale enlargement that was initially protested at by local residents objecting to potential sunlight infringement, but this was quickly smoothed over as Michael Wiederer, a local resident himself, ensured that all queries and concerns were engaged and rectified in his role as the EHF representative on the project.

The staff increases and subsequent office increase over the past 20 years is a clear sign of the progress that European handball, has made as the EHF Congress and EHF Executive Committee give the EHF more tasks such as new competitions, development projects, methods and everything else in between.

These new tasks naturally result in new people being needed as the EHF requires even more resources to complete what is asked of it. 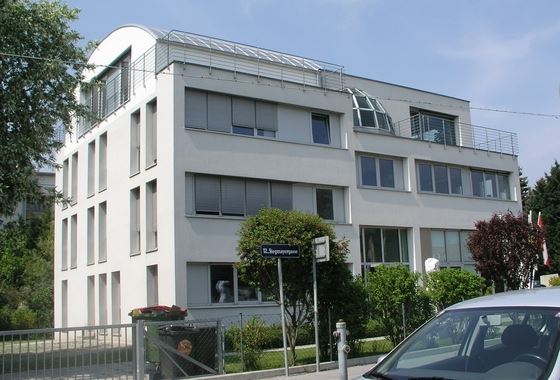 From not even owning a sheet of paper in 1991 there are now over 50 permanent office staff including former national team players and Olympians with employees coming from a host of different countries to be part of the European handball movement.

The staff who deal with the issues of transfers, competitions, development, events, media and marketing amongst other things, hail from nations across Europe including: Austria, Cyprus, Germany, Hungary, Ireland, Italy, Lithuania, Romania, Turkey, Serbia, Slovakia, Spain, Switzerland and the United Kingdom.

The EHF headquarters is an exciting melting pot of languages, mentality, cultures. This was a set goal of the organisation from the very beginning. It was clear, that due to the nature of the business that the EHF would not be able to exist with only a home-grown team. It is integral to bring in people from different countries in order to understand what is happening there, to use their language and cultural skills for the betterment of handball across Europe.

A version of this article was originally published in ‘HeartBeat Handball – 20 Years of the European Handball Federation’ to commemorate the 20th anniversary of the foundation of the EHF on 17 November 2011.

Beach handball vacancies at the EHF

NEWS: The EHF Executive Committee came together in Germany for its final meeting of the 2020/21 season