Fans and teams alike are ready and raring to go for the new EHF Champions League Men season, following an enforced break.

Anticipation for the new season is fuelled further by the competition’s fresh look, including a new competition format.

On Wednesday 1 July 18:00 CEST in Vienna, the 16 participants in the 28th season of the competition will learn their opponents when the draw divides the clubs into two groups of eight teams. 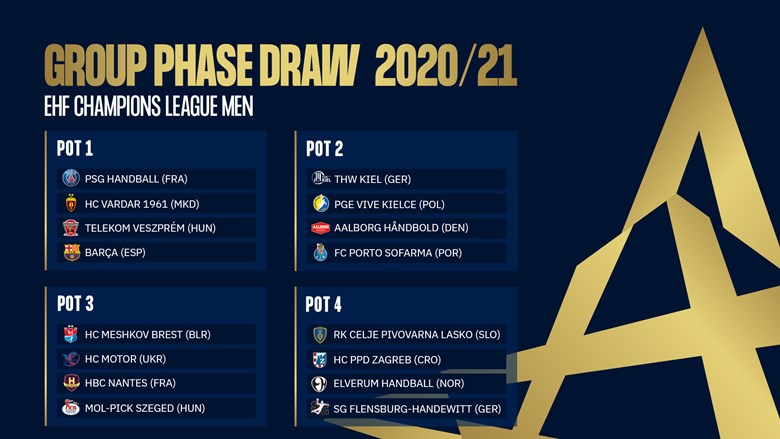 Breaking down the draw

Starting next season, the European top flight will be played in a changed format, with only 16 elite teams divided into two groups of eight.

The participating teams will enter the draw in Vienna in four pots. From each pot, two teams will be drawn/allocated into group A, while the other two will be in group B.

Country protection will be applied, therefore, the teams from France, Hungary and Germany will not meet their national league opponents in the group phase.

The group phase will be played in a round-robin format. After 14 rounds, the top two teams in each group will qualify directly for the quarter-finals, while the teams that finish in the third, fourth, fifth and sixth places will contest the play-offs. The lowest ranked two clubs in each group will be eliminated from the competition at the end of the group phase.

Next Article Welcome to the Home of Handball