The last four matches of this season’s VELUX EHF Champions League Group Phase saw a number of dramatic changes in fortune for many of Europe’s elite clubs, while those at the very top picked up where they left off.

EHF journalists from across Europe voiced their opinion of the current form of those left in the race for Cologne and voted for this power ranking.

The Portuguese champions made history last month by reaching the Last 16 for the first time. The narrow Group C/D knockout success against Dinamo Bucuresti proves they have the nerve for knockout handball and the likes of Carlos Ruesga and Frankis Carol are a threat against any opponent. The only downside for Sporting is they face Veszprém in the Last 16, who will be in no mood for falling to a Group C/D team for a second year in a row.

Löwen’s European form has dropped significantly in 2019 as they picked up just one win so far, resulting in a fifth place finish in Group A. It has been five years since the German side have progressed past the Last 16 stage and to do so, they will need to rediscover their form immediately. Nikolaj Jacobsen’s squad is full of talent and it would not be a surprise to see them suddenly display that now.

Last year’s finalists began to display some of the form which saw them surprise the handball world last season with victory over Szeged and a draw at Flensburg to close the group phase. Recent news of the future departures of coach Thierry Anti and playmakers Nicolas Claire and Romain Lagarde have apparently caused turmoil within the club, but the Last 16 is the perfect time to put that to the back of the players’ minds.

2019 has not been kind to Kielce so far and it showed with three defeats rounding off an otherwise positive group phase campaign. Luka Cindric returned for the final match against Veszprém, while Alex Dujshebaev is close to a comeback, but Michal Jurecki and Krzysztof Lijewski are set to miss the Last 16 clashes against Zaporozhye.

The Skopje-based boys continue to impress this season, despite the raft of changes last summer. A home loss to the resurgent Veszprém was the only blip in 2019 so far, which saw them drop to third place in Group A and face a tricky test against Zagreb in the Last 16. 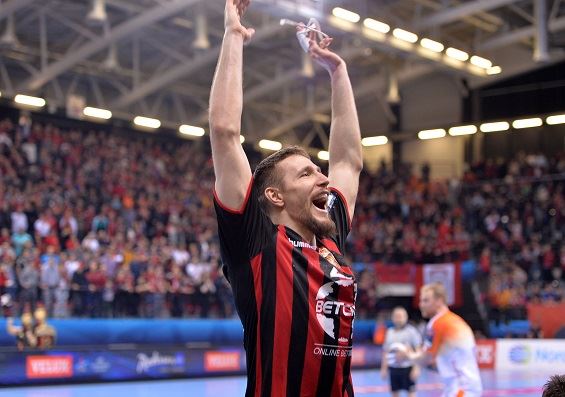 While maintaining an impeccable winning record in the Bundesliga, Flensburg have been average for most of their European campaign. However, they began to show some of their domestic form in the final three group matches, picking up two one-goal wins and a draw, to sneak into third place and they are a team nobody will fancy taking on over two legs.

David Davis has overseen a remarkable resurgence as Veszprém enjoyed a perfect end to the group phase with four wins from four. The perfect start to 2019 saw them claim second place in Group A and they will hope to avoid a repeat of last season’s defeat to Group C/D qualifiers Skjern at this stage last season as they prepare to take on Portuguese side Sporting CP.

The Hungarian champions continue to impress as one of the most positive surprises of the season so far, displaying their credentials as a genuine contender. They secured second place in Group B with three games to spare and their chances of reaching Cologne has never looked so good. Coach Pastor has weapons at his disposal all around the court, with seven different players contributing 30 goals or more in the campaign so far.

Barcelona have been firing in goals for fun this season, 486 in the group phase is 31 more than nearest rivals PSG, and their defence has not been shabby either. A loss to Veszprém in their opening game of 2019 would have been cause for concern, but they bounced back with three more victories and booked a direct pass to the quarter-finals by winning Group A.

PSG picked up where they left off in 2018 with four comfortable wins to win Group B and go directly to the quarter-finals. A sublime home record, their first domestic trophy – Coupe de Ligue – in the bag and with the recently crowned IHF World Player of the Year Mikkel Hansen in the form of his life, it will take something special to prevent the French champions reaching Cologne again.

Next Article László Nagy: “We do not want to make the same mistake”