Germany and France advance to semi-finals at worlds

Germany and France advance to semi-finals at worlds

Co-hosts Germany are through to the last four of ‘their’ Men’s World Championship 2019, thanks to a thrilling 22:21 victory over Croatia at the LANXESS arena in Cologne - the home base of the VELUX EHF FINAL4 - on Monday night.

Germany join defending world champions France into the semi-finals, as both teams share the lead in Group I of the main round (results) and cannot be overtaken anymore with only one match day remaining: both Spain in third place and Croatia in fourth are three points behind the leading pair.

The opponents for Friday’s semi-finals in Hamburg are yet to be confirmed as the situation in Group II is more complicated ahead of the final round.

The other host nation, Denmark, is the only team in the competition to have won all matches so far. However, the Olympic champions might still be in need of a point against second-place Sweden on Wednesday night to be sure of a place in the semi-final.

Norway clinched a crucial 30:27 win - with 11 goals from Magnus Jøndal - over Sweden in Herning on Monday night to keep their medal dreams alive, ahead of facing Hungary in their final game Wednesday (match schedule). 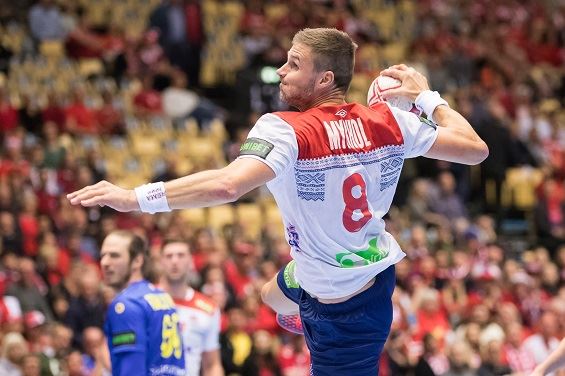 Group I: Germany and France into semi-finals

Germany and France remained flawless in their first two matches of the main round. Germany defeated Iceland 24:19 and followed up by edging Croatia. The Balkan nation started the main round with the maximum of four points but had their semi-final hopes already dashed by a surprise 29:26 defeat against Brazil on Sunday, while being downed by Germany formally ended their medal chase.

France confirmed their status as one of the main title contenders by beating EHF EURO 2018 champions Spain 33:30, before earning a nearly double-digit win over Iceland (31:22). The final group matches on Wednesday, France vs Croatia and Germany vs Spain, will decide who wins the group. Croatia and Spain will still aim for the top seven of the final standings in order to get a ticket for the Olympic Qualification Tournaments ahead of the 2020 Tokyo Games. 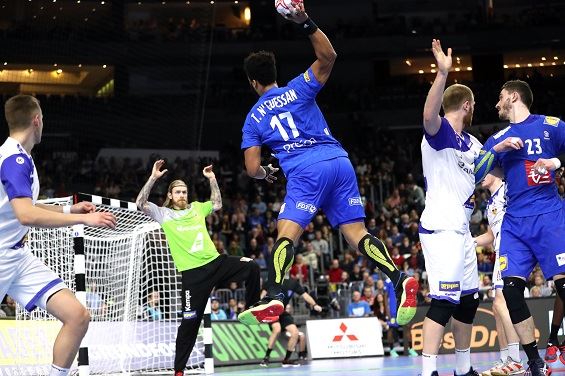 The Danish home crowd has had a lot to cheer as Mikkel Hansen & co. have been earning victory after victory. After their perfect record in the preliminary round, Denmark continued their winning run by defeating Hungary (25:22) and Egypt (26:20) in the main round to lead the group with the maximum of eight points. However, two fellow Scandinavian teams could still push Denmark out of the top two, with both Sweden and Norway in striking distance on six points.

EHF EURO 2018 silver medallists Sweden easily beat Egypt (35:23) on Saturday but suffered their first defeat of the tournament two days later, against Norway. That result threw the group wide open again. Leaders Denmark will take on Sweden in the final group match Wednesday night in a true do-or-die game, providing that Norway have beaten Hungary in an earlier match.

DRAW REVIEW: The four ties in the first play-off phase of the European qualification for the Men’s World Championship 2021 have been drawn i…

DRAW PREVIEW: The draw for the first play-off phase in the European qualification for the Men’s World Championship 2021 in Egypt will take p…

NEWS: EHF Executive confirms the qualification system for the World Championship 2021 – four intermediate play-offs in April and 10 in June

The road to Egypt continues in April

OVERVIEW: For the first time ever, intermediate play-offs will be played as part of the World Championship qualification