While Ukraine (Bebeshko), Russia (Koksharov) and France (Dinart) missed qualification for the main round, Germany finished fifth, and during the event, the German Handball Federation had guaranteed Prokop his job at least for the Olympic Qualification tournament in April. Therefore, Thursday’s decision was quite surprising.

“There was and is never any discussion about Christian Prokop being our national team coach,” Axel Kromer, sports director of the German Handball Federation (DHB), stated in a press conference during the EHF EURO.

Now, 11 days after the end of the EHF EURO 2020, the board decided to fire Prokop despite his valid contract, which originally expired in 2022. “We took this difficult decision after careful consideration and a holistic analysis based on responsibility for German handball,” DHB President Andreas Michelmann was quoted in a press release.

“We would like to expressly thank Christian Prokop for the work he has done and in particular for the appearance of our national team in the last tournaments. However, we are also convinced after the analysis of the European championship that we can only achieve our short-term goals with a new impetus.” 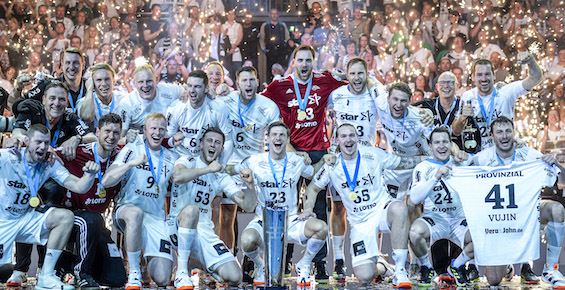 This new “impetus” is a well-known name in international handball: Alfred Gislason. The 60-year-old was coach of THW Kiel until June 2019 and has experience leading a national team, as he coached the men’s team from his home country Iceland from 2006 to 2008.

“Thanks to his many years of experience and success, Alfred Gislason stands for such an impulse and brings fresh energy to our national team,” said Michelmann.

Gislason signed a contract which includes the EHF EURO 2022 in Hungary and Slovakia. He will start his mission with the national team at a preparation course, followed by a test match against the Netherlands on March 13.

His major task will be the ticket for the 2020 Olympic Games at the Olympic Qualification Tournament in Berlin in the middle of April, where Germany will face Sweden, Slovenia and Algeria. The winners and runners-up book places at Tokyo 2020.

As a player, Gislason reached 190 caps for Iceland and won two German championships and one German Cup in the 1980s with TUSEM Essen. He then became one of the most successful club coaches, winning the EHF Champions League three times, with Magdeburg (2002) and Kiel (2010, 2012). The EHF Cup with Kiel in 2018/19 was the last triumph for Gislason, before he retired from being a club team coach.

However, he had always said that “if an interesting national team is looking for a coach,” he would be back on the stage.

Prokop took the role of Germany coach in the spring of 2017, as successor of another Icelander, Dagur Sigurdsson, who had steered Germany to the winners’ podium at the EHF EURO 2016 and the bronze medal at the 2016 Olympic Games. Prokop’s biggest success was making it to the semi-finals of the 2019 World Championship. Germany finished fourth in the end.

DRAW REVIEW: All four preliminary round groups have been determined for the final tournament in Norway and Denmark in December