Six European sides remain in the hunt for gold in Egypt

France and Denmark even have won all six matches of the preliminary round and main round, while Spain drew in the first stage against Brazil and Sweden twice in the main round against Belarus and Slovenia. All four sides have won their respective main round groups.

Two Scandinavian sides will face the only non-European teams still in the competition:  Denmark face hosts Egypt in their quarter-final on Wednesday, while Sweden will duel with 2015 finalists Qatar. The two remaining quarter-finals are all-European: France face surprise package Hungary, while Spain will lock horns with Norway in the duel of the EHF EURO 2020 medallists, gold vs bronze.

Some big European names, including four teams that were among the top six at EHF EURO 2020, will return home on Tuesday. Croatia lost 23:19 against Argentina but then had another chance to make it to the quarter-finals by beating Denmark in their final main round match. However, they fell again and were sent home by a painful 38:26 defeat against Denmark. Already after the defeat against Argentina, head coach Lino Cervar had announced he will resign after the World Championship - and only five weeks before the Olympic Qualification tournament.

Another EHF EURO 2020 semi-finalist let a big chance to proceed slip from their hands in their final main round match. Slovenia, led by Ljubomir Vranjes, had beaten North Macedonia, tied against Sweden and had had a clear lead in their last main round match against Egypt, but ended up drawing to finish third in the group and ninth in the final ranking.

Three positions lower, the journey of 2016 EHF EURO champions Germany came to an end. After their preliminary round defeat against Hungary, a 32:28 loss to Spain dashed their hopes in with two games to spare, in which they beat Brazil and drew with Poland. 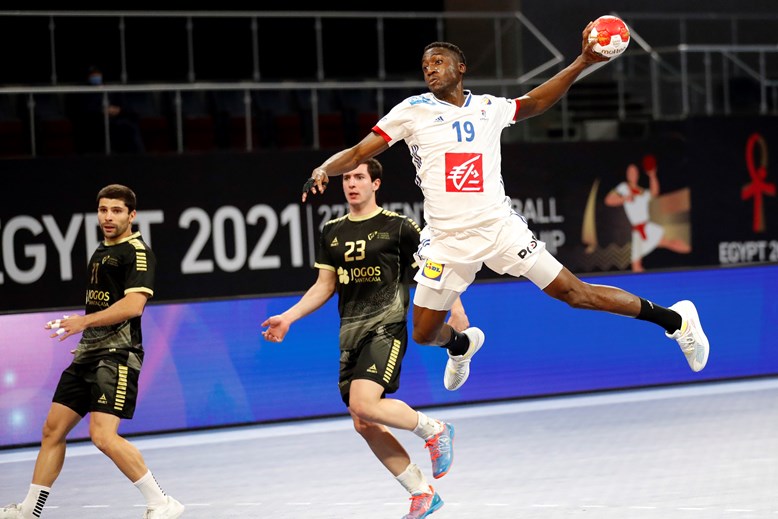 Hungary remained the surprise package and stormed over Poland in style, but the EHF EURO 2022 hosts lost 36:28 to Spain with a weakened squad and finished second in their group. They face France on Wednesday, who hit top gear in their crucial final main round match, eliminating Portugal with a 32:23 victory, clear revenge for the EHF EURO 2020 defeat in Trondheim.

Only two European players are among the top five on the current top scorer list: EHF EURO 2020 top scorer Sander Sagosen (NOR) is second with 50 goals, behind Qatar’s Frankis Carol Marzo  with 53 - all from open play, and ahead of Switzerland’s Andy Schmid on 44 strikes

The pairings for the quarter-finals on Wednesday, 27 January:

The path to the semi-finals on 29 January:

Next Article Five talking points halfway through the group phase

NEWS: The phase 2 draw for the Women’s World Championship 2021 Qualification Europe will take place on 22 March

INSIGHT: What are the key factors behind the four World Championship semi-finalists, who had composed the same stage three years ago at the…