Every year, July and August see a number of younger age competitions take place across the world. In 2019, a total of nine European and world championships offered thrilling matches and provided a glimpse of handball’s future stars.

While women’s events were played on the European level, the summer of 2019 was reserved for Men’s Youth (U19) and Junior (U21) IHF World Championships in North Macedonia and Spain, respectively.

Thanks to two titles in the women’s competitions, Hungary tops the ranking followed by Norway, Sweden, Denmark and France.

Hungary emerged as the most successful nation this summer, by winning both the Women’s 17 and 19 EHF EUROs. The Hungarians put on impressive performances at both the W17 and 19 EHF EUROs, as they did not drop a single point on their way to the titles.

Norway came second in the women’s ranking, after winning the bronze at the W19 EHF EURO and placing sixth at the W17 EHF EURO. Third place belongs to Russia, who finished this year’s women’s competitions without medals, but combined one fourth with one fifth place. The silver medallists from the W19 event in Györ, the Netherlands, also earned a place among the top 10 teams together with Sweden, who won the silver medal in Slovenia at the W17 EHF EURO. 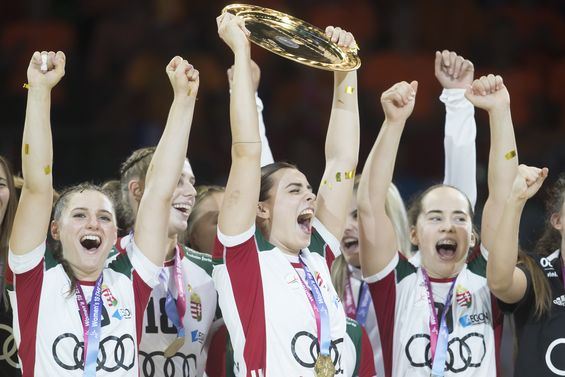 Although they did not win any medals in the men’s YAC competitions this summer, Hungary also rose to the top of the men’s ranking thanks to their consistent results across all three competitions. Among the top 10 nations this summer are France, home of the junior world champions, and Germany, who finished as the silver medallists at the youth event. Portugal also earned a place in the elite with two fourth places at both world championships.

The most interesting story of the summer is the terrific success of the Faroe Islands. Even though they are not in the top 10 of the men’s ranking, they were crowned champions at the M17 European Open in Sweden. For the final match against Sweden, a public viewing was organised in Torshavn, the Faroese capital. The homecoming of the champions was equally impressive, with water cannons forming a victory arch above the aeroplane.

Next Article The never-ending chase continues