FC Porto return to the EHF Champions League Men group phase as the only Portuguese team in the competition. FC Porto were having a strong Champions League season in 2019/20 and secured their first ever Last 16 berth before COVID-19 left everything frozen.

In 2020/21, Porto vow to treat every match as a final and hope that will take them as far as possible in the Champions League.

Most important question: What is the main goal FC Porto want to achieve in the Champions League?

In the last season, FC Porto surprised and proved they are capable of winning in any European pavilion. But now everyone knows the blue and white team well and it is going to be a tough road against PSG, Kielce, Szeged, Vardar, Flensburg, Elverum and Meshkov Brest.

FC Porto have a balanced squad with players full of talent and a great coach. “The main goal is always to stay in the competition and go as far as we can. We want to keep surprising Europe. It’s in our spirit and character to enter the field to win and never turn back on a challenge. Therefore, we will go to play every match as a final,” says FC Porto manager director Antonio Borges.

Under the spotlight: Alfredo Quintana

Alfredo Quintana had a very special season in 2019/20. The goalkeeper put on incredible performances for FC Porto and built a wall in Dragão Arena in the last edition of the EHF Champions League, not to mention his eye-catching form at the EHF EURO 2020, where he earned an All-star Team nomination. 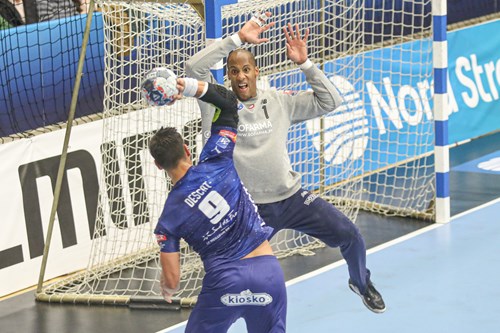 FC Porto have the ability to reach the Last 16. The ‘Dragons’ will have to be in the first six places in group A to achieve that – and the players are hungry:

“Our biggest motivation is to be and do better than last season. We want to win all the Portuguese competitions and go as far as we can in the Champions League. Last season did not end up to anyone and we have a lot to give to handball,” says team captain Daymaro Salina.

To emphasise that, left back Sliskovic and line player Späth will be capital gains for the season, particularly considering Swedish head coach Magnus Andersson, who joined FC Porto at the beginning of 2018/19, has created a European paradigm with his seven-against-six.

Last season, FC Porto were the championship leaders before the competition was suspended due to COVID-19.

Newcomers and left the club

Next Article Trondheim to host all EHF EURO ties in Norway

NEWS: The climax to the EHF Champions League 2019/20 in Germany will be broadcast exclusively on Eurosport