The clear 37:23 at Pfadi Winterthur was Bidasoa Irun’s second group phase victory - and they took all points against the same opponent after the 32:28 on home ground. One week after their unlucky 28:29 home defeat against Wisla Plock, the Spanish runners up easily won at the Swiss champions in a postponed match from round 4.

While Pfadi remain on two points, Irun consolidate the fourth position with four points. But sides now have five matches on their account. Irun have the next chance to grab more points on Thursday in another postponed match against Wisla Plock.

A centre back on fire

Since 2013, Jon Azkue Saizar has been part of Bidasoa Irun’s squad, and in the Spanish Asobal league the 27-year-old had already proved his strength as a scorer: In his first season at Irun he netted 148 times, and in the 2020/21 season, he was one of Bidasoa’s best scorer with 122 goals. Now the centre back is en route to his personal highest score in European competitions. After his seven goals against Winterthur - and his season-high six goals each at Plock last week and in the first leg against Pfadi, Jon Azkue Saizar now is on 25 group phase goals in the European League. Until now, his highest score was 33 goals in the 2019/20 season. 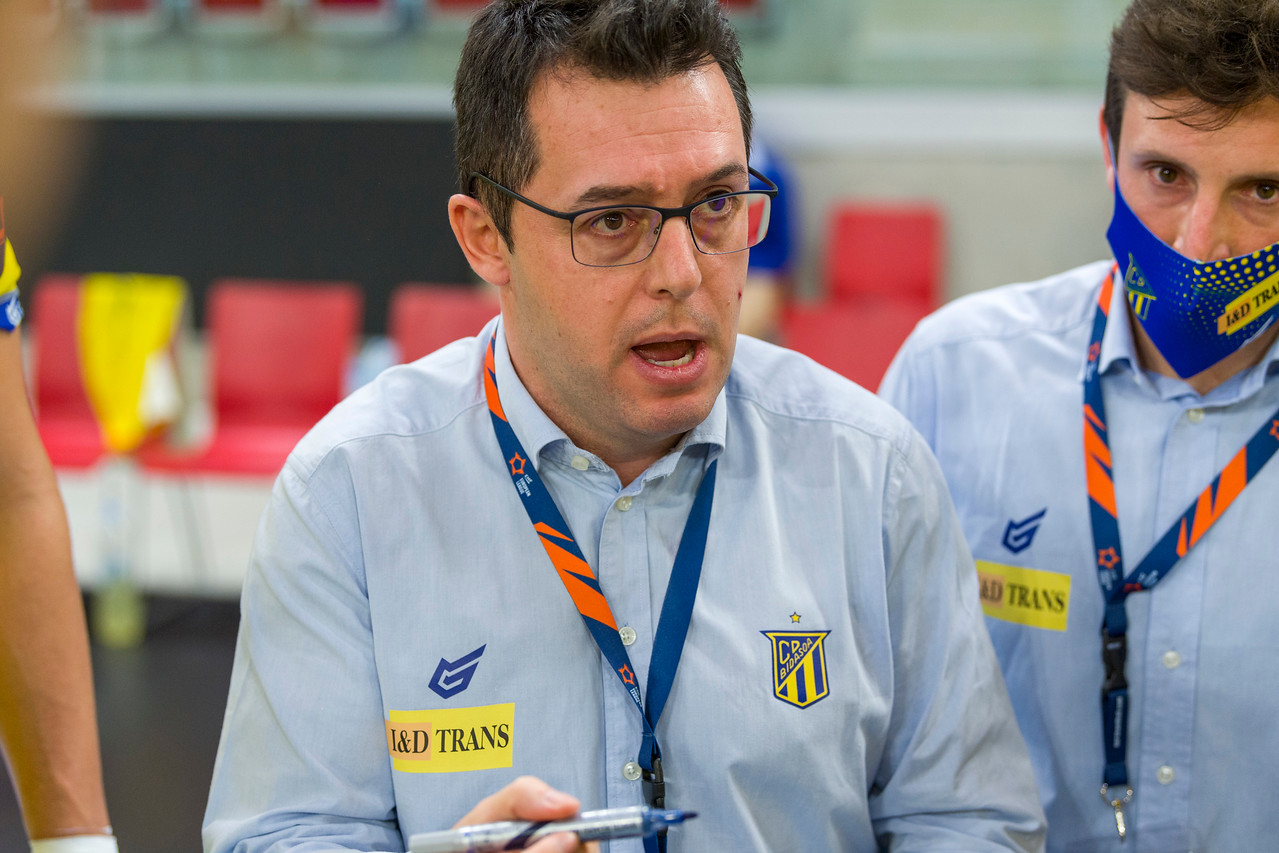 We are very happy with our game and the win. It was difficult for us because of the Covid situation, but we played a clever offense – we have seen the best version of Bidasoa today. The key in the second half was to keep following our game plan and to stay consistent. In Spain, the teams usually don’t play seven against six. We need to adapt to this in EHF European League Men.

LAST 16 REVIEW: With another win over Bidasoa Irun, this time 33:31, GOG secured their place in the quarter-finals

SUMMARY: Coverage of the second leg in the EHF European League Men 2021/22 Last 16

LAST 16 PREVIEW: The quarter-final line-up of the EHF European League Men will be confirmed on Tuesday

SUMMARY: Running coverage of all matches in the penultimate round 9 of the EHF European League Men 2021/22 group phase

Last 16 could be fully booked after round 9

ROUND PREVIEW: Teams from groups C and D might claim the four open spots in the EHF European League knockout phase on Tuesday

SUMMARY: The race to the knockout phase has continued in round 8 of the EHF European League Men 2021/22 group phase

Last 16 line-up takes shape in round 8

ROUND PREVIEW: Several of the remaining six tickets to the knockout phase will likely be booked on Tuesday

SUMMARY: Coverage of round 7 in the EHF European League 2021/22 group phase