Serbia won the Women’s 19 EHF Championship at the first time of asking, claiming the debut tournament’s gold medal with a hard-fought win over Poland in Bulgaria.

The Balkan side’s brilliant defence was on display again, but the spotlight shone on Jovana Jovovic as she scored an incredible 13 goals in the final.

Following two very different semi-finals on Saturday, the key question was whether it would be Poland’s prolific attack or Serbia’s solid defence which would make its mark on the game.

There was very little to choose between the sides in the first half, until a 3:0 run gave Serbia the first real advantage of the game, which they held onto at the break.

Straight from the start of the second half, Serbia enjoyed their second hot streak, opening up a 17:12 lead with Jovana Jovovic delivering most of the goals.

For their part, Kararzyna Cygan and Magda Wieckowska continued to fire in goals for Poland, but they never got close enough to scare the Serbs, who eventually ran out 22:20 winners and champions. 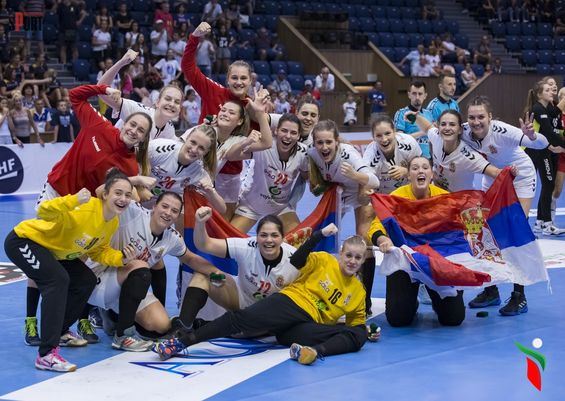 There was no joy for hosts Bulgaria in the bronze medal match as the competition’s top scorer Anna Diablo’s 14-goal haul ensured Ukraine took home a medal with a 33:22 victory.

Next Article Swiss turn on the style late to land gold