Kiel withstand the pressure in Lillehammer

Elverum Handball had the last attack of their round 11 match in the EHF Champions League Men against THW Kiel, but when youngster Thorsten Lien failed to score, 8,532 fans in Hakons Hall in Lillehammer could not celebrate a sensational draw for the Norwegian side.

40 seconds before the buzzer, Miha Zarabec's strike ultimately earned THW Kiel a lucky 31:30 win after a close and equal fight. However, the true match winner for Kiel was goalkeeper Niklas Landin, who made 14 saves, while Sander Sagosen finished as their top scorer with six goals.

WATCH: keeper Niklas Landin Jacobsen gives the @thw_handball fans something to cheer as he shuts out the @ElverumHandball attack #ehfcl

See how the match goes in the second half https://t.co/IvVYbSMq1y pic.twitter.com/XondJNkdMF

It was the third time that Elverum had moved a home match to Hakons Hall in Lillehammer, and it was once again a true spectacle.

The first match played in the Olympic venue still holds the record for the most attended handball match in Norway. On that occasion, 12,377 fans saw Sander Sagosen and PSG win 25:22 against Elverum, who put up a great fight.

In between Sagosen's second victorious visit to Hakons Hall, Elverum hosted a match against Flensburg there in 2020, attended by more than 9,300 fans, but the Norwegian side lost 34:28. On Thursday night, for the third time, the fans did not see the home team win — but this time the gap was really close. 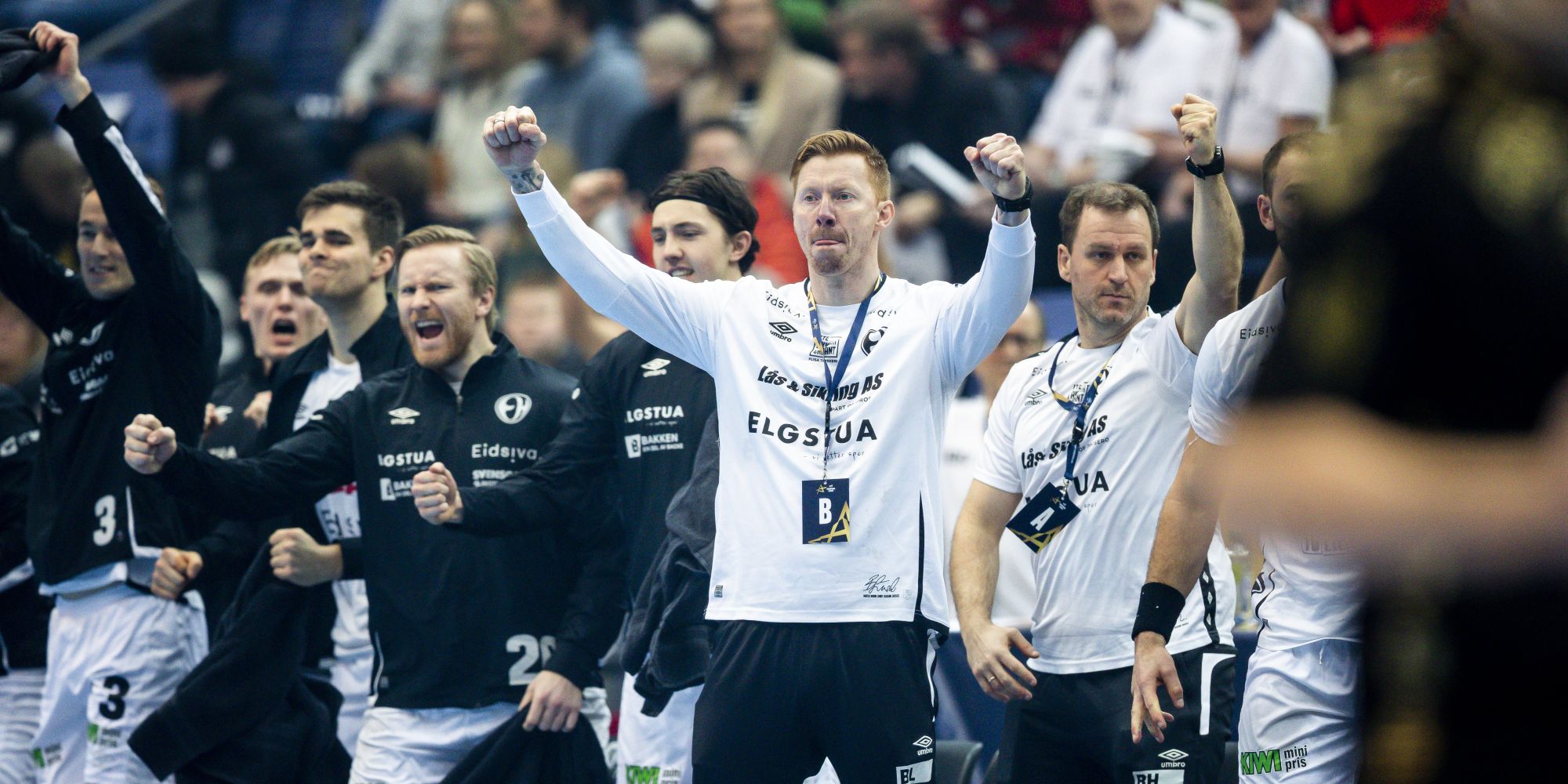 When we meet the big teams and have the chance, we play hard and I think we did a really great game in defence and attack. When you feel you have the chance for one or two points, of course you are disappointed. But, overall, I think it was a strong performance. We had a good start with the EHF Champions League tonight and we have a lot of things now to build on for the future games.
Børge Lund
Coach, Elverum Handball

It was an amazing feeling to be back in Norway tonight. Hats off to Elverum for making this game a big handball party. It was amazing to be on the court this time, but it was a really hard game. Elverum played a strong game today, and they have a good team. I'm really proud of my team today. We stood up in a difficult time, we fought hard and we have each other's backs.
Sander Sagosen
Centre back, THW Kiel