The two Match of the Week games for rounds 5 and 6 of the Machineseeker EHF Champions League 2022/23 have been announced: the duel between former champions Celje and Kielce in Slovenia on 27 October, and Plock hosting Veszprém in Poland on 3 November.

The Machineseeker EHF Champions League 2022/23 is set for a two-week break after round 4 on Wednesday and Thursday, but will return with some scintillating clashes labelled Match of the Week in rounds 5 and 6: 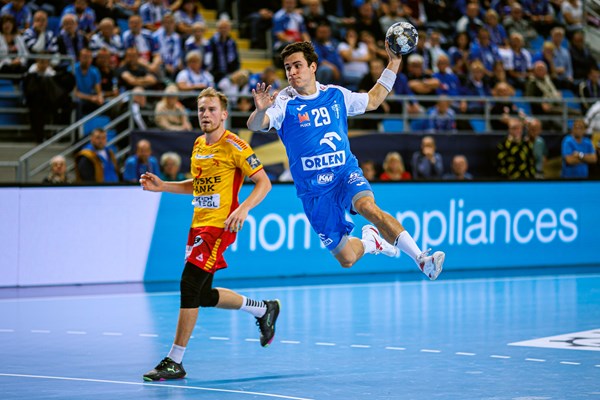 Celje, champions in 2004, are back in Europe’s top flight in 2022/23 after a one-year absence and are set to host fellow one-time titleholders Kielce, who lifted the trophy in 2016.

The Slovenian champions have already impressed in group B with a win over THW Kiel and with pushing Barça to the limit last week, while Kielce look set for another strong campaign, with a defeat in a repeat of the 2022 final against Barça their only slipup so far.

After playing the EHF Finals Men two seasons in a row, Plock have returned to the top level and the Polish side will be eager to keep their fine season start in group A going when Veszprém visit.

The Hungarian powerhouse are one of only two unbeaten sides in the competition after three rounds as they hope that 2022/23 will finally become their golden year in Europe’s premium club competition.

Next Article Balatonfüred ready to enter the spotlight