In 2011, Larvik were Champions League winners. Later on they made it to the finals twice – but now that most of their previous top stars either have left or retired, a completely new team takes the challenge to improve on international ground.

Three questions before the new season:

Will Larvik remain among the top eight Champions League participants?

Except in the 2008/09 season, the Norwegian record champions have always been among the best eight teams of the Women’s EHF Champions league – regardless of the playing system.

This season, it will be a steep climb to make it that far again, as save for Linka Riegelhuth-Koren nearly all the club’s experienced players have said goodbye to Larvik HK.

“We have a brand-new team this season. We are young and hungry, and we are very excited to start. We need the experience that the Champions League will give us with this new version of Larvik. We can bring on some upsets with this young and talent filled team,” hopes new team captain Thea Mörk.

Who will be the new leaders in the team?

Can Larvik stand the heat on domestic ground, mainly against the bolstered Vipers side from Kristiansand?

While Larvik lost some important stars, its domestic rivals have bolstered their squads. Former World Handball Player Heidi Löke and left wing Camilla Herrem have returned to their home country, and other clubs, especially Vipers Kristiansand – including top newcomer Katrine Lunde – have the aim to dethrone the “eternal” champions and cup winners Larvik. Moen & Co. have a demanding challenge ahead in national competitions. 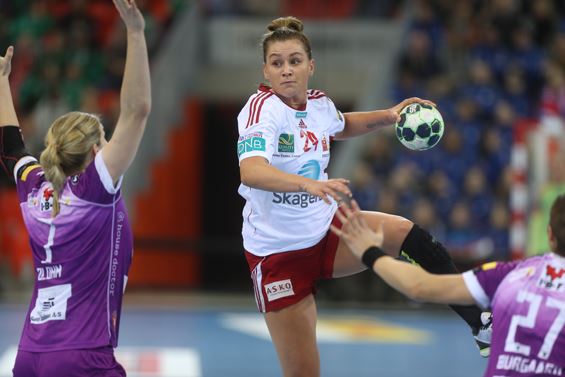 Under spotlight: the Brazilian duo

Since the first experience, when a huge number of Brazilian players joined Hypo Niederösterreich, the number of players from the 2013 World Champions’ country in European top clubs has constantly increased. After goalkeeper Gabriela Goncalves joined Larvik in the 2016/17 season – and now will fight for the No.1 position with Guro Rundbraten after the departure of Sandra Toft - her compatriot Tamires Morena (from Dijon) is among the new arrivals. The Rio-born line player made her first steps in Europe at Györ, where she played in the 2014/15 season.

As mentioned, a 2.0. version of Larvik HK started its mission this season.

“We need to collect international experience as a team, as some of our players individually have this experience already,” says head coach Tor Odvar Moen, who expects a tough group. “Our main ambitions is to proceed to the main round.”

Moen adds: “Vardar is one of the contenders for the title. They look really strong this season, and are together with Györ my main favourite for the trophy.”

Besides, FTC and Thüringer HC are “hard to leave behind”. Thus, Moen expects “a great experience for our new and young team. But we will attack.”

Thea Mörk is sure that “we will do absolute everything we can to get to the main round and be a pain and a plague to the other teams in the group”. For her, Vardar is the main contender for the trophy.

“Their effort to create a massive team has been exceptional. I guess that the silver from last season sets a standard that only gold is acceptable for the girls from Skopje in May 2018,” she adds.

After the Danish Champions League dominance of Slagelse and Viborg from 2003 until 2010, Larvik had been the by far most successful Scandinavian team in this competition. In 2011, they won the finals against Itxako (Spain); in 2013 they were part of the last finals in home and away matches (when they lost against Györ); in 2015 they made it to the FINAL4 final and were defeated by Buducnost. 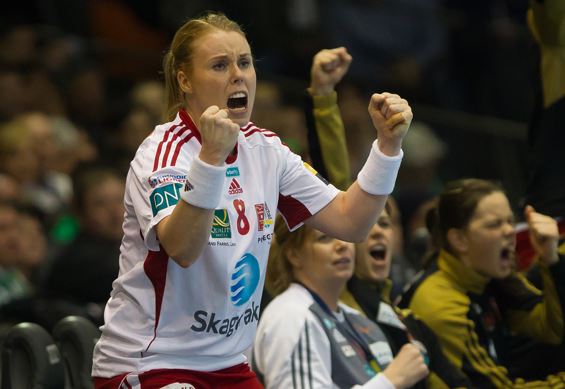 Next Article Mahé and Paris, the story which never was

FEATURE: What stood out in 2020/21? Our journalists give their opinions and agree on only one thing — Dika Mem was the biggest star

OFFICIAL STATEMENT: The German club was sanctioned for failing to travel to Nancy for two DELO EHF Champions League play-off matches against…