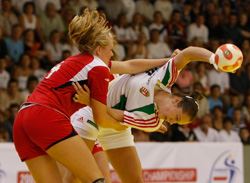 Over 2,800 fans visited the Final of the Women’s 19 European Championship in Győr’s Mihály Magvassy Sportshall on Sunday afternoon. The local fans have seen the Norwegian W19 team defeating Hungary by 29:27 (15:16) in a high quality game. Norway captured their first ever continental title in this age category.

Both finalists automatically qualified for next year’s U20 World Championship (IHF event) to be held in South Korea in August 2010.

Russia took the third place after beating Germany 29:24 (14:11) in the bronze medal game. The Fair Play award of the tournament went to Austria.

You can download all the results in a single pdf document by clicking here. Check out again the best moments of the championship in the photo galleries of the official website, www.u19euro2009.com. 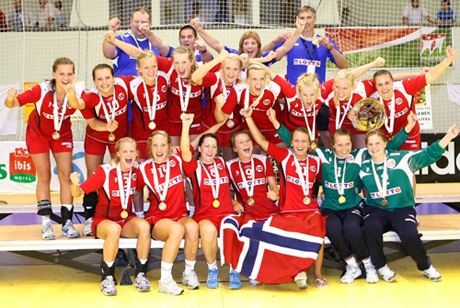 Women at the heart of the game: Gordana Naceva’s love for sp…

Women at the heart of the game: Katarina Bulatovic’s pride

NEWS: The Olympiahalle in Munich has been confirmed as the sixth and final venue for the Men's EHF EURO 2024

NEWS: The application process for volunteers in the Slovenian host cities of Ljubljana and Celje is now open

Media representatives can now apply for accreditation for the Women’s EHF EURO 2022 taking place in Slovenia, North Macedonia and Montenegro…

International iGaming Operator Coolbet has joined the official partner list of the Women’s EHF EURO 2022 which will be played in Slovenia, M…

The European Handball Federation starts honouring the players’ performances with a dedicated award and gala event. 'Hall of Fame' to be intr…

NEWS: The EHF held a seminar for referees and delegates in Vienna ahead of the Women's EHF EURO 2022

NEWS: SAP Garden in Munich will not be finished in time; ‘Olympiahalle’ as possible alternative