Orlen Wisla Plock turned a six-goal aggregate deficit into a three-goal win in the space of 30 remarkable minutes in Silkeborg on Sunday.

After terrorising his opponents in the first leg with nine goals, Bjerringbro’s Sebastian Skube picked up where he left off immediately, troubling Plock’s defence with his aggressive and tricky one-on-one play.

Despite opening the match brightly, Plock soon suffered from a scoring drought, which led to their hosts opening a 6:3 lead.

Things soon got worse for the Polish side as Dan Emil Racotea and Jose Toledo received direct red cards within the space of a minute for dangerous high tackles on Skube. They responded well to the setbacks, but the hosts maintained control and took a 15:13 lead into the dressing rooms at half-time. 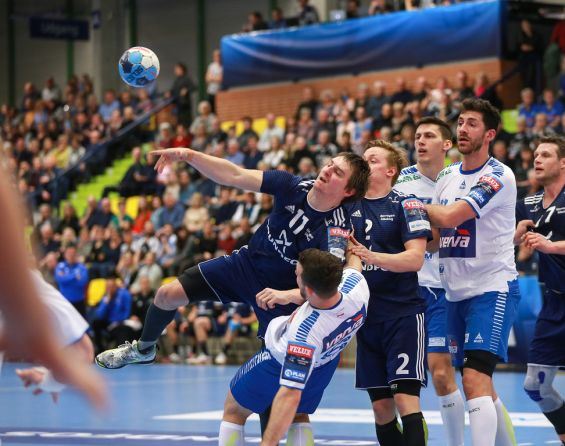 It took the Danish side over six minutes to get on the scoreboard in the second half, through Nikolaj Oris, but that was not enough to halt a comeback from Plock, who took the lead in the 40th minute, courtesy of Tomasz Gebala.

Gebala popped up once again to make it 21:17 on the day and level the scores on aggregate, but the guests were not finished there.

Jesper Noddesbo missed the hosts’ third penalty from six attempts with just four minutes left, which proved to be the final blow as Michal Daszek fired in his fifth goal of the game down the other end, completing an incredible comeback and booking a place in the Last 16 against Szeged.

Xavier Sabate, Wisla Plock coach, noted how the final section of the two-legged affair was pivotal, "Individually Bjerringbro-Silkeborg has very, very good players like they showed in Plock. And this game was 120 minutes, and the last 20 minutes we took some chances, and they did not have time to react."

The pressure of the situation may have been the reason for Bjerringbro-Silkeborg's collapse, according to their coach Peter Bredsdorff, "We produced enough chances to win, but we missed a lot of chances all around and also penalties. So we are disappointed that we only made five goals in the second half - that is very unusual for our little team. Maybe the pressure became too much, I don't know, but we missed too many chances and lost the second half."

Next Article Szczecin through to Challenge Cup semi-final; Quintus close