But the Romanian side was quicky brought back on earth by Paris Saint-Germain Handball on Thursday, as the French side claimed an easy 41:30 win to make up for their opening round loss at Telekom Veszprém HC.

PSG were superior in every aspect of the game and led already by 10 goals at half-time.

One half is all PSG need

Motivated to the bone to bounce back from their opening-round loss, PSG made clear right away what their intentions were against Dinamo. With a 10-goal advantage at the break, PSG had all but done enough to secure the two points. And they didn’t stop there. With players usually on the bench now getting the chance to show what they can do, PSG kept going in the second half. 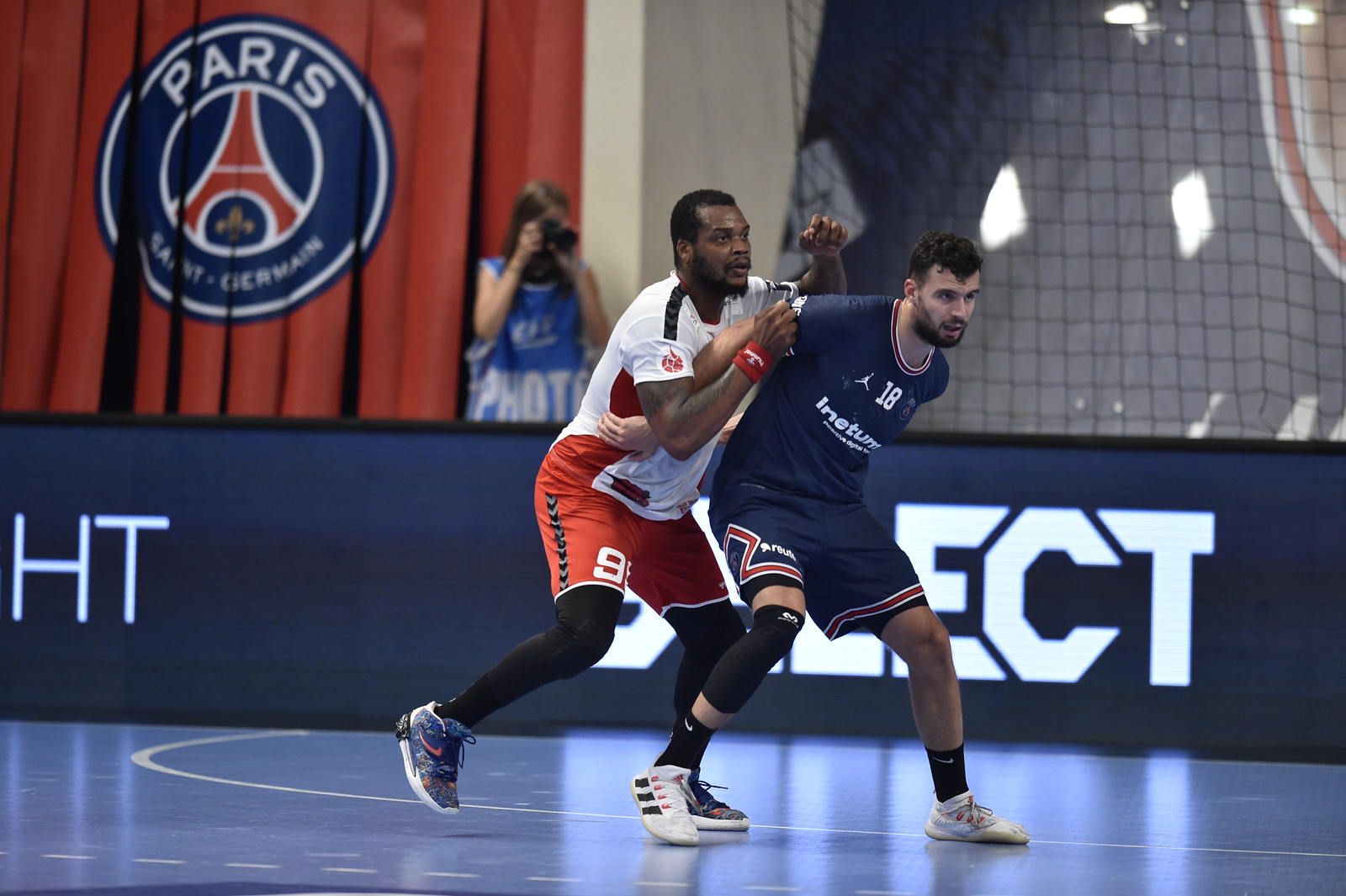 We know that if we want to finish at the first or second position in the group, we have to improve. It is exactly what we did today. We started very well, we played hard and fast, and that was exactly what we needed to do. It is a first victory at home and we have to keep going like this.
Nedim Remili
Paris Saint-Germain HB right back

MOTW with Barça and PSG among round 5 highlights

ROUND PREVIEW: French side tested in Barcelona in group B, while Kiel and Aalborg have tough home matches ahead in group A

ROUND PREVIEW: Both teams have not lost in group A yet, while Porto vs Veszprém in group B is the Match of the Week

FEATURE: The Hungarian side and Dinamo’s Brazilian left back are among the star performers in the first three rounds of the group phase

Bonnefoi and Bos save the day for Montpellier

GROUP A REVIEW: The French side counted on a strong goalkeeper and sharp shooters in a tough clash against Meshkov Brest

GROUP A REVIEW: The Danish champions remain on top of the table after their fourth victory in five matches

Kielce add a fourth win to their current run

GROUP B REVIEW: Even though Porto displayed huge resistance, Kielce snatched their fourth win in a row.

GROUP A REVIEW: Szeged show incredible moral, while THW give up a seven-goal gap

GROUP A REVIEW: Goalkeeper Imsgard and a strong team performance were the base for beating Zagreb

LIVE BLOG: Running coverage of EHF Champions League Men 2021/22 round 5, with five matches on Wednesday and three on Thursday