Before Saturday their sole victory this season came away at Kastamonu Belediyesi GSK.

• Anna Sedoykina recorded six saves in the opening 15 minutes, helping CSKA build a 5:3 lead
• Krim then improved their defence and led by one goal at half-time. The close fight continued into the second half, but a 7:1 run between minutes 45 and 53 gave the home team a solid 22:16 lead
• Katarina Krpez Slezak, who scored five of her seven goals after the break, became Krim's top scorer
• Ana Gros, who played one season at Krim early in her career, in 2009/10, was CSKA's top scorer, with seven goals
• with five points, Krim climbed to sixth place in group B, while CSKA remain ranked third with nine points

While Krim had reinforced their squad with a number of experienced players in the summer, they claimed just two points from five opening matches of the DELO EHF Champions League season.

But after head coach Uros Bregar was replaced by Nataliya Derepasko, Krim's results started to improve. After a narrow 27:26 defeat against Vipers in Derepasko's debut match, the team went on to claim three points in two games against CSKA and improve their position in the group. 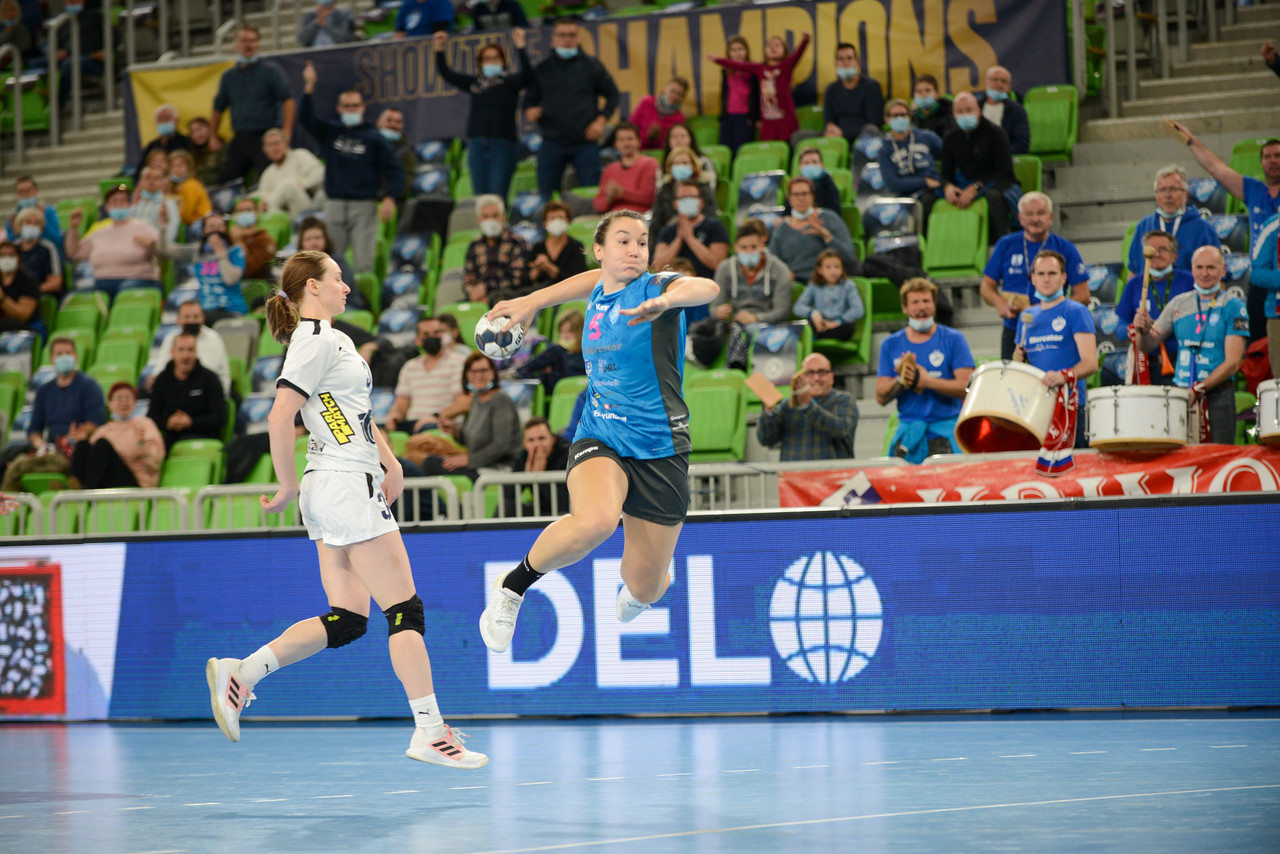 Thanks CSKA for a good and fighting game. I am very happy that we got two points at home. Congratulations to our team for playing smart in defence and smart in attack.
Nataša Derepasko
RK Krim Mercator coach

Previous Article Rostov end 2021 with biggest win of the season

Tranborg: "We want to show that we can stay on top"

FEATURE: Esbjerg’s right back Mette Tranborg has a good feeling about her team’s chances at the continental top flight

Esbjerg and FTC to meet in Denmark

ROUND PREVIEW: Two exciting matches between Danish and Hungarian teams are among the highlights in round 11 of the DELO EHF Champions League