The 10 hot spots for talents to grow

The seed is the key to the harvest. Like in all sports, in handball, the search for and education of talents is crucial for success.

But which are the top youth academies among the 32 teams that form part of the EHF Champions League competitions? Here is our Top 10 list, and we also ask you to choose your favourite!

Many Norwegian stars who now play abroad have once donned Elverum’s jersey.

The 10-time Norwegian champions were the launch pad for national team coach Christian Berge, and others, such as Stig Rasch and Christopher Rambo, who both developed their early careers at Elverum.

The next big name on the list is Alexander Blonz.

Therefore, the EHF Champions League is not only a perfect stage for the club, but also the individual players.

It is always a big fight between Sporting, Benfica, Braga and Porto for the biggest Portuguese talents. But in the last years, Porto have built a strong home-grown team, proven by the huge success on a club level, but also the Portuguese national teams in all age groups. The harvest is growing! 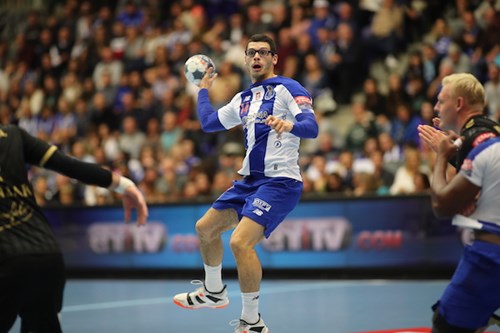 Denmark is famous for strong handball academies in many clubs, and Aalborg are a perfect example of this tradition. For years, the Northern Lights from Aalborg have shone bright in Danish handball, where the youth programme is professionally organised and run with top coaches. Almost every year, one or two youngsters make the grade, progressing from the youth ranks to the senior team. So strong is Aalborg's reputation for developing talent, young prodigies from other clubs are attracted to the Gigantium.
Perfect examples in the past include Sander Sagosen and Mads Mensah Larsen, and, in more recent years, Buster Juul, who joined in 2013 from Skanderborg, and promising young goalkeeper Simon Gade, who arrived in 2020 from TTH Holstebro.

Most of the top Croatian national team players have either been part of Lokomotiva or played for Podravka. The club from Koprivnica has a famous academy and youth programme, and the most talented girls from northern Croatia make their way to Podravka, the former Champions League winners. Like for many clubs mentioned in this list, the drain of talents is huge, but new ones are ready year by year.

It is more than a club, and such is the youth programme for all team sports at the Catalan club. Barcelona’s handball academy tries to catch talents from all over Europe at an early stage to give them experience, but of course, it is mainly Catalan talents that form the academy.

The golden generation of players (Champions League winners from 1996 to 2000) were perfect examples, as is Victor Tomas, who only played for Barça. Looking at the current team, Aleix Gomez, Aitor Arino and Gonzalo Perez de Vargas are home-grown stars.

The two-time Champions League winners are THE club of Slovenian women’s handball. If you make it there, you can go anywhere – that has been the motto for many young Slovenian talents.

Ana Gros, Tamara Mavsar, Tjasa Stanko and many more are perfect examples of players who left Ljubljana to move all over Europe, with perfect skills and high individual and tactical class. Almost all the Slovenian players in the current team come from their own academy.

When you look at the who is who of Croatian handball, all the stars, legends and medal winners have played for Zagreb. Some as seniors, but many of them in their younger days. Every season, Zagreb hones talents who then make it abroad.

In the last decade, Domagoj Duvnjak, Filip Ivic, Luka Stepancic and Domagoj Pavlovic are just a few examples in a lengthy list. Currently, many top clubs have an eye on the next generation, including players such as David Mandic or Marin Sipic. 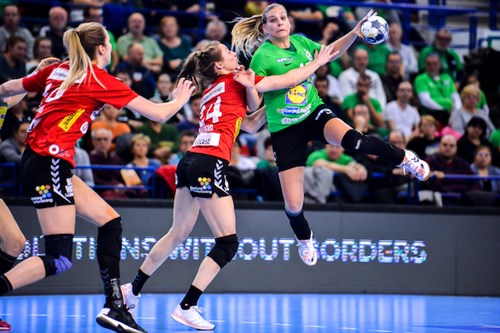 Noemi Hafra and Katrin Klujber are perfect examples of how Ferencvaros develops talent. Many of FTC’s players come from their own academy, while others arrive in Budapest as young, unpolished diamonds. Though Györ invests a lot in their youth programme, FTC is a bigger magnet for young Hungarian players ambitious to start an international career.

The pool in Hungary is huge, as proven by the successes of the YAC teams at World or European championships in recent years. Many of the players have roots at FTC.

If you are a Montenegrin girl and want to play top handball, there is only one option: Buducnost (which means ‘future’). The country is small and the number of handball players limited, but Buducnost have managed to turn out many stars.

Milena Raicevic, Majda Mehmedovic, Jovanka Radicevic, and from the younger generation, super talent Djurdjina Jaukovic – all have been part of the club from a very young age. And what is a bigger success than to win the Champions League twice with girls from the neighbourhood?

Like Zagreb for Croatia or Buducnost for Montenegro, Celje is the symbol of top education for potential national team players in Slovenia. Looking at how many former Celje youth and young senior players are currently signed by Champions League clubs, there is no other option for number one in this ranking. All clubs all over the world praise the individual skills players from Celje can count on.

Just seeing the list of top players who left in the last years shows that, with all of them still in the club, Celje would be a candidate for the EHF FINAL4: Gasper Marguc, Blaz Janc and now Domen Makus are only three among many who now play for the top of the top in club handball.

But what do you think? Vote for your favourite talent pool below.

Previous Article Many changes and a new coach at Bietigheim