On his 20th birthday Domen Makuc got the feeling that his dream has come alive.

Born on 1 July 2000 in Postojna, the Slovenian handball professional spent his birthday in Barcelona - not just for sightseeing or holidays, but to sign a contract with the famous Barça.

“Every handball player dreams of playing for FC Barcelona, so it was my dream when I was a little boy and started to play. Now it has come true,” says Makuc, who stems from a handball-mad family.

His father, Simon, was a line player for the Slovenian national team. And his brother, 17-year-old Andraz, is another promising talent.

A new father-and-son fairy-tale story, like the Dujshebaevs or the Richardsons, could be on the cards.

Domen Makuc started playing handball at the age of six, being taken to arenas many times by his father.

After playing for the youth teams of Gold Club in Kozina, he went to the famous talent pool of RK Celje, where many international stars from Slovenia have started their professional careers.

The centre back was only 16 when he played his first match for Celje’s senior team - against his former club from Kozina, now called Jadran.

At the age of 17, Makuc made his EHF Champions League debut as the youngest player in the competition that season.

On 30 September 2017 in the match against Kielce, he became the first player born in the new millennium to score in Europe’s top-flight competition.

Meanwhile he finished school in Celje, alone and far away from his family in the little village of Rodik.

“I am so proud and thankful that Celje gave me the chance to play on top level though I was so young. There is nothing better for a talent than to get the opportunity to face the best players in the world every weekend,” Makuc says about his EHF Champions League debut.

“In every year at Celje, I improved as a handball player and as a person,” he adds. “And I could not wait to make my next step.” 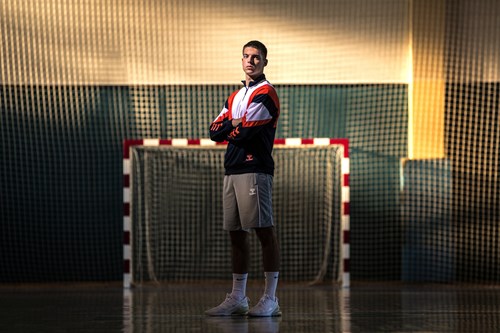 Makuc will be one of three Slovenian players in Barça’s squad for the 2020/21 season, alongside Jure Dolenec, who starts his third season at Palau Blaugrana, and Blaz Janc, who has just arrived from Kielce to replace club legend Victor Tomas on the right wing.

“It feels so good to have those two at my side for the start. Jure will help us a lot, as he knows everything about the club and where to go. And both have already played on the big handball stage,” says Makuc.

"I hope both of us can improve every day"

On 15 July he will move to Barcelona, right before the start of the summer preparation.

And to make his dream perfect, girlfriend Tija will join him. The 19-year-old athlete is part of the Slovenian national team, specialising in the 400 and 800 metres.

“Like me, she will have perfect training conditions and top coaches in Barcelona, so I hope that both of us can improve and get better every day,” Makuc says.

The pair spent the coronavirus lockdown training together in Rodik, where his father stripped the garage to install a little gym. And there was a handball goal in the garden, where Domen and his brother trained together.

Makuc is set to become the next in line of famous Slovenian playmakers, such as Uros Zorman, the Skube brothers, Miha Zarabec, or Dean Bombac.

“We have many little clubs in Slovenia, and all of the top talents want to become centre backs. So we have a bunch of top-class players on this position,” Makuc says.

For him, the secret of success in handball for a small country like Slovenia is the determination, class and passion of the coaches.

“Even the younger players receive an intense individual training, and the coaches do a lot to bring us ahead, using very modern training methods,” Makuc says.

“All of us young players have to say a big ‘thank you’ to those top coaches, who were and are crucial for our development.” 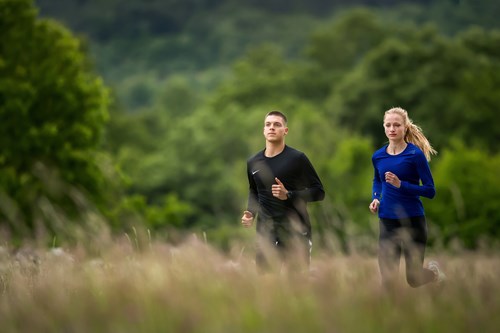 When speaking about his nickname, Makuc laughs, as this is not referring to Slovenian but to Croatian handball: ‘The new Balic.’

“It feels absolutely great when someone compares you with the best player of all time, a maestro and magician on the court,” Makuc says.

“Ivano Balic of course is my biggest role model, and once I want to play on his level.”

Two other role models will be his teammates from 15 July: Aron Palmarsson and Luka Cindric.

“There is nothing better than to play and train with them every day,” he says. I cannot wait for the day, when I start sharing the dressing room with players like those.”

Makuc is a classical playmaker, his strengths are the passes, feints and one-against-one moves.

“I don’t care how many goals I score, my aim is to bring teammates in the best position to score,” he says. “I like to have such magic moments on court, like when the pass reaches the pivot and he hits the net.”

The move to Barcelona will likely boost Makuc’s chances in the national team, for which he hasn’t played yet.

And for now, he is reluctant to speculate about his team career or qualifying for the Tokyo Olympics in 2021.

“This is much, much, much too early,” says Makuc, whose first objective is to settle in Barcelona and learn from his famous teammates.

Next Article The German way of restarting handball