The new arena in Hungary’s capital is officially ready to welcome its guests. The country’s biggest multifunctional event hall opened with a spectacular show on Thursday night, including many big names of Hungary’s rich handball tradition.

With 20,022 seats, the arena is Europe’s largest handball venue. The roof is exactly as wide as the Colosseum’s in Rome, with its highest peak at 40.5 metres.

The venue has been built, among other purposes, to host several major handball events in the near future, starting with the Men’s EHF EURO 2022, which will see preliminary round and main round matches, the semi-finals and the big final on 30 January all played in the brilliant new facility.

The Women’s EHF EURO 2024 and the Women’s IHF World Championship 2027 will also take place in the arena, which will be the case for the DELO EHF FINAL4 each year from 2022 as well.

Several of those former greats were inducted in the Hungarian Handball Hall of Fame, with Katalin Pálinger, László Nagy, Anita Görbicz, and Péter Kovács – the Hungarian Player of the 20th Century – among the famous names to receive the honour.

Some of the stars of the past took to the court for an all-star game and a skills’ challenge, before the current Hungarian national team appeared in the arena where they will start their home EHF EURO against Netherlands on 13 January, followed by matches against Portugal and Iceland in group B.

A week after he enjoyed the opening of another iconic EHF EURO venue in Szeged, Pick goalkeeper Roland Mikler compared the two state-of-art buildings.

“The Pick Aréna is huge, but the arena in Budapest is more than three times bigger. Just to look around and realise what you see, you need some time,” Mikler said.

“I cannot wait to play here in front of 20,000 Hungarian fans. This part of the city will vibrate.” 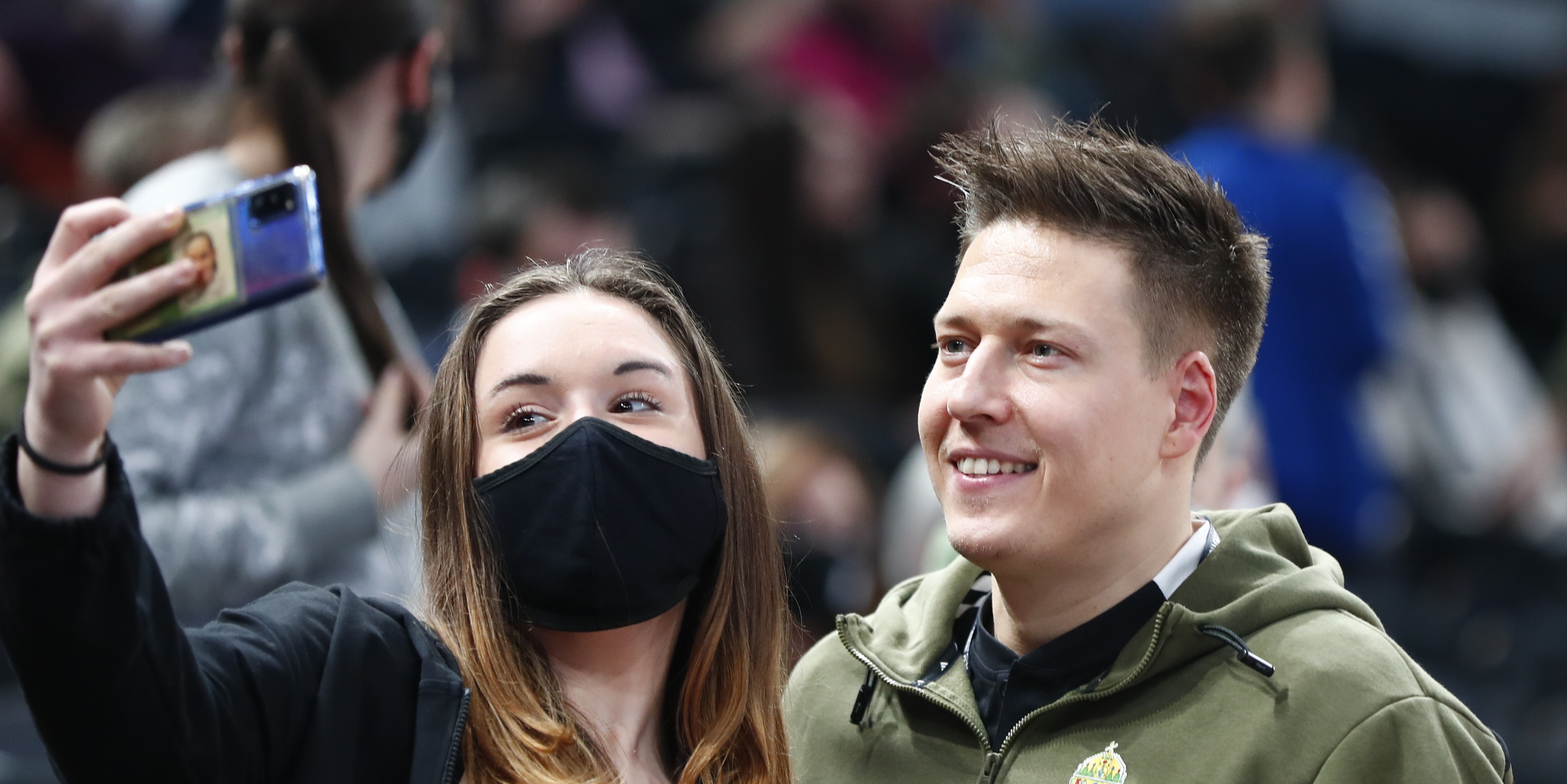 The Pick Aréna is huge, but the arena in Budapest is more than three times bigger. Just to look around and realise what you see, you need some time. I cannot wait to play here in front of 20,000 Hungarian fans. This part of the city will vibrate.
Roland Mikler
Hungary national team goalkeeper

“I have been to a lot of huge venues, but nothing can be compared to this one. In Hungary, everything is ready for the current and the upcoming generation to be the best,” Kökény said.

“I hope that the national team will experience the same vibe that we had today. I wish the bests to the boys in January and I count on the girls that in 2024 and in 2027 they will have success, too.”

FEATURE: 11 participants in the Respect Your Talent 2021 programme have featured at the Women's European Championship

FACTS AND FIGURES: Champions League stars made up the bulk of the EHF EURO 2022 All-star Team and 54 of players at the final weekend

The data behind the final between Denmark and Norway

TALKING POINTS: A ninth title for Norway, a perfect farewell for a Montenegrin icon, and returning All-stars headline the final weekend

SUMMARY: Coverage of the final day of the Women's EHF EURO 2022 in Ljubljana

BRONZE-MEDAL MATCH REVIEW: Montenegro took their first medal in any competition after a decade-long wait, as they defeated France 27:25

EHF EURO PODCAST: The podcast, in cooperation with the (Un)informed Handball Hour, delivers the inside stories of the Women’s EHF EURO 2022