After 176 matches, the group phase of the VELUX EHF Champions League concluded on Sunday. In March, the knockout stage will start – and it will include many familiar faces, seven former Champions League winners and two Last 16 debutants: FC Porto Sofarma from Portugal and Dinamo Bucuresti from Romania.

The group phase saw goals galore – again with more than 10,000 strikes, mainly because of the impressive attacking performance from record winners Barça. On the other hand, MOL-Pick Szeged had the most effective defence.

ehfCL.com have analysed the group phase, and now present the most impressive and important facts and figures.

0 clubs have defended the trophy in Cologne since the implementation of the VELUX EHF FINAL4 in 2010. In 2019/20, Vardar still have the chance to become the first side.

0 pairings in the Last 16 – like in the previous seasons – include teams from the same country.

0 teams in group A or B won or remained unbeaten in all their 14 group matches. Barça are on top of the ranking of most wins with 13 straight victories in 14 matches, after the opening defeat in Szeged.

1 player has defended the trophy in Cologne so far, since the implementation of the format in 2010 – and that player is still in the competition: Vardar’s Ivan Cupic. After winning the 2016 title with Kielce, the Croatian became VELUX EHF Champions League winner in 2017 with Vardar. In 2019, he took his third trophy in Cologne.

1 team was unbeaten in the group phase: C.S. Dinamo Bucuresti in group D.

2 teams are Last 16 debutants: Bucharest and Portuguese champions Porto. After Sporting in the previous season, Porto are the second Portuguese team to qualify for the Last 16.

3 of 10 group matches each for the group C and D winners, Irun and Bucharest, ended in draws.

4 – for the fourth time in five years, Barça are group winners and will skip the Last 16. Kiel are the first German club ever to do so.

4 head coaches still involved in the competition have won the EHF Champions League at least once as a coach: Talant Dujshebaev (Kielce/4 titles), Xavi Pascual (Barcelona/2), Patrice Canayer (Montpellier/2) and Raul Gonzalez (PSG/1). David Davis (Veszprém) has won the Champions League as a player with Ciudad Real, Filip Jicha (Kiel) as a player with THW Kiel and Maik Machulla (Flensburg) as assistant coach of Flensburg. 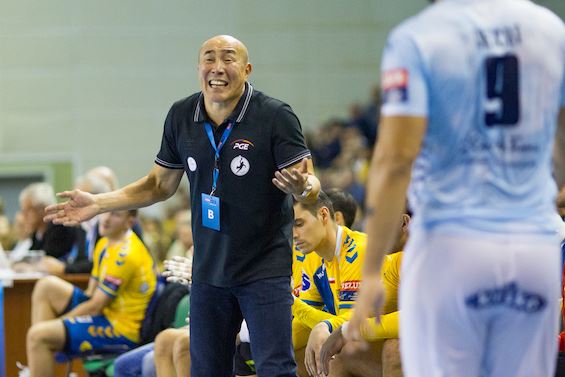 6 points from 14 group matches were enough for Celje to qualify for the Last 16.

6 times, 45 or less goals were scored in a group match, including play-offs. Three of those times were in group A clashes.

7 of 8 quarter-finalists from last season have made it to the 2019/20 Last 16: Vardar, Veszprém, Barça, PSG, Kielce, Flensburg and Szeged. Nantes are the only club present in last season’s quarter-finals to miss this year’s Last 16.

8 of the 14 teams still part of the competition were among the 14 teams in this stage last season: Vardar, PSG, Veszprém, Barça, Flensburg, Plock, Szeged and Kielce. Bucharest, Celje, Porto, Aalborg, Montpellier and Kiel are in for Brest Zaporozhye, Zagreb, Nantes, Rhein-Neckar Löwen and Sporting.

9 nations are represented by the 12 Last 16 participants, and 10 nations total by all remaining teams: France, Germany, Hungary, Poland (each two), Spain, North Macedonia, Denmark, Slovenia, Romania and Portugal. Last season, it was the same number. Belarus, Ukraine and Croatia are out; Denmark, Slovenia and Romania are in.

10 rounds including 60 matches were played in groups C and D to confirm the four top-ranked teams that fought for the Last 16 berth. Plock and Dinamo Bucharest qualified from among those sides.

17 of 176 group matches, including play-offs, ended in a draw – five of them in group B, three in group A, and eight in groups C/D.

13 victories in 14 group matches was the balance for Barça – the best record of groups A and B.

14 points on home ground – the optimum – were won by Barça.

17 goals in a single match was the lowest score of a team in the group phase, when Zagreb lost 17:20 in Flensburg.

24 goals were the biggest difference in a group match, when Barça won 45:21 against Celje.

24 matches are still ahead until the VELUX EHF Champions League 2019/20 champions are confirmed on 31 May in Cologne. 12 Last 16 matches, eight quarter-finals, two semi-finals, one 3/4 placement match and the final.

25 of 176 group matches (including play-offs) ended with a difference of 10 or more goals – 13 more than in the previous season.

26 points, earned by Barça, were (together with PSG in the 2018/19 season) the highest number of all teams since the implementation of the new playing system in 2015/16.

41 consecutive unbeaten Champions League matches on home ground was the impressive series from Paris Saint-Germain, which started after a 25:27 loss against Kiel in November 2014 and lasted until 1 December 2019, when Barça ended the series with a 35:32 victory in France. 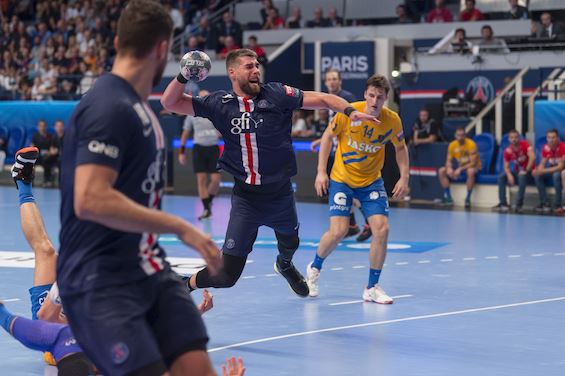 37 goals scored in the match Flensburg vs Zagreb (20:17) represented the lowest score of the group phase.

44 was the highest number of goals scored by a team in a single match, when Barça won 44:35 against Aalborg. The season before, it was the same club (Barcelona) and the same number (44), with their 44:21 result in Kristianstad.

75 goals were scored by Montpellier’s Hugo Descat, making him the top scorer of the group phase – at this stage last season his teammate Melvyn Richardson was on top, with 87 goals.

+105 goals was the impressive goal difference of Barça after 14 group matches – an average of +7.5 across all matches.

370 goals conceded by Szeged in 14 matches represents the most effective defence in groups A/B.

485 goals scored by Barça in 14 matches represents the most effective attack in groups A/B. Last season, the Catalan side scored exactly one goal more in the group phase.

12,377 fans at the match Elverum vs PSG in Lillehammer was the highest number of spectators so far in the VELUX EHF Champions League 2019/20 group phase, ahead of 10,285 fans at the match Kiel vs Veszprém in the sold-out Sparkassen Arena.